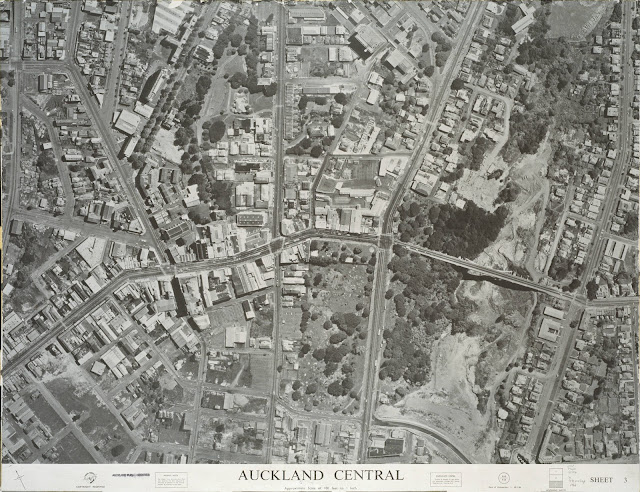 The three decades following the conclusion of the Second World War saw a significant rise in migration to Aotearoa New Zealand. Pacific Islanders in particular were attracted to New Zealand through a scheme that aimed to address the labour shortages in process work and manufacturing. These low-skill, low-wage jobs were plentiful in the 1960s and 1970s, which resulted in an influx of immigrants to New Zealand, predominantly from the Pacific Islands, in order to fill these gaps in the workforce. This growth in the Polynesian population of New Zealand is represented by the fact that in 1966 there were just over 26,000 Pacific people in the country, and only ten years later the population was close to 66,000. Cook Islanders, Niueans and Tokelauans took advantage of their New Zealand citizenship by enjoying free access into the country, whilst Samoans and Tongans were specifically in demand as workers. The majority of the job openings that Pacific immigrants took were located in Auckland, s
Post a Comment
Read more

An Aucklander’s soapbox: what kind of journal was John A. Lee’s Weekly? 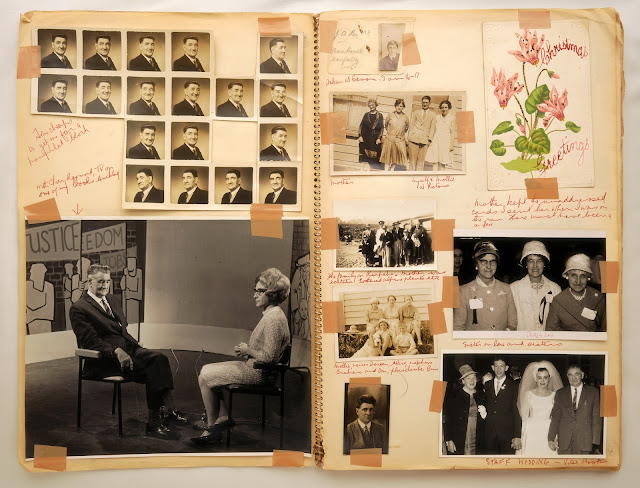 Image: An opening from one of John A Lee's scrapbooks, 1917-1950. Auckland Libraries Heritage Collections, NZMS 828. John A. Lee was a mercurial star in New Zealand’s political firmament between the World Wars, rising to become a prominent member of the First Labour Government. He made enemies easily. His campaign to hold Prime Minister Michael Joseph Savage to the manifesto commitments of 1935 culminated in 1939, with an anonymous pamphlet known as ‘The Lee Letter’ and an article in the left-wing journal Tomorrow entitled ‘Psycho-Pathology in Politics’, after which Peter Fraser and other loyalists accused Lee of hounding Savage to his death. Lee had already established himself as an author of autobiographical fiction (including the New Zealand classic Children of the Poor ), but he claimed that his words against Savage were no fiction. He hit back by pouring scorn on the ‘union gangsters’ who had conspired against him for ‘telling the truth’. For John, also known as Jack, it was
Post a Comment
Read more 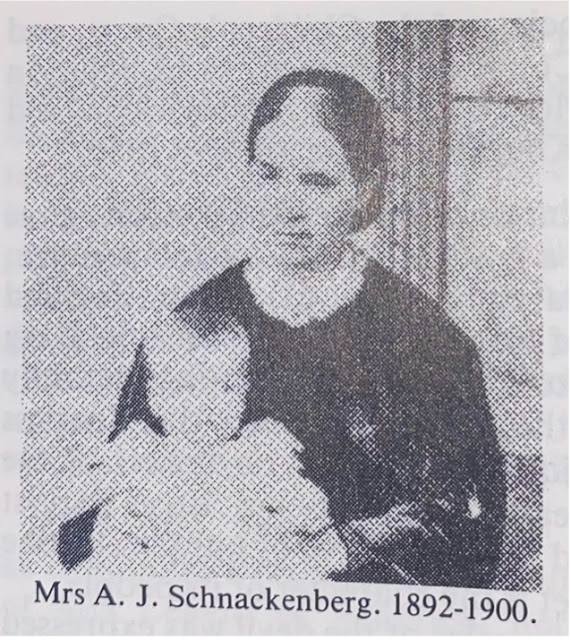 In 1893, women in New Zealand won the right to vote in parliamentary elections. During this time, the social, political, and economic environment for women was undergoing a period of great change. The end of the nineteenth-century saw women begin to attend university in greater numbers and enter the workforce more fully. Women were holding positions as domestic servants, factory labourers and teachers, while some were beginning to forge their way into roles in the legal and medical fields. The passing of the Married Women’s Property Act in 1884 gave women the same financial rights as their husbands, finally giving married women the power to own their own property. However, change was slow to come, and women continued to carry the burden of social and political inequality well beyond 1893. Despite being awarded the vote, women remained barred from standing for Parliament. A woman’s place was still firmly grounded in the home, with women expected to be dutiful mothers, wives, and homemak
Post a Comment
Read more 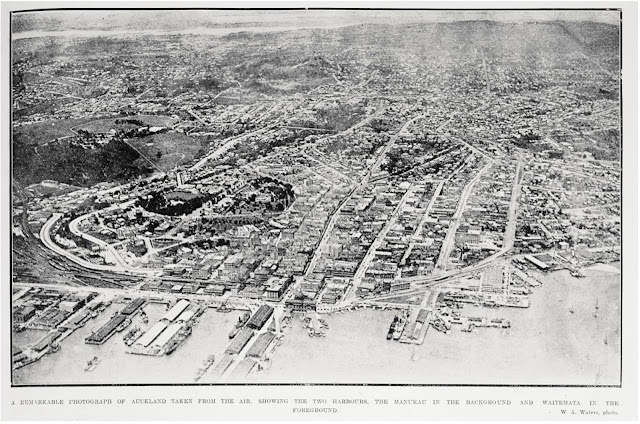 What does the term ‘Tāmaki Makaurau’ mean? Some would argue that it means ‘Tāmaki of a hundred lovers’, while others would claim it means ‘Tāmaki desired by many’ or ‘Tāmaki the bride sought by a hundred’(1). No matter which meaning you prefer, they all clearly suggest that Tāmaki has long been a place sought after by many rōpū (groups). Over the course of its more recent history, Tāmaki has become the seat of multiculturalism in these motu. At different points roughly over the last two centuries Pākehā, diverse Asian peoples, tangata o te Moana Nui a Kiwa and diasporic Māori have come to call Tāmaki home.  Centuries before this multi-ethnic rōpū found residence in Tāmaki, several ancestral tangata whenua groups sought sustenance and security here. These rōpū recognised the special position of Tāmaki, situated on a fertile volcanic field and lined with awa allowing for easy access to multiple moana. Over time through exercising their mana, these groups would become the mana whenua of T
Post a Comment
Read more 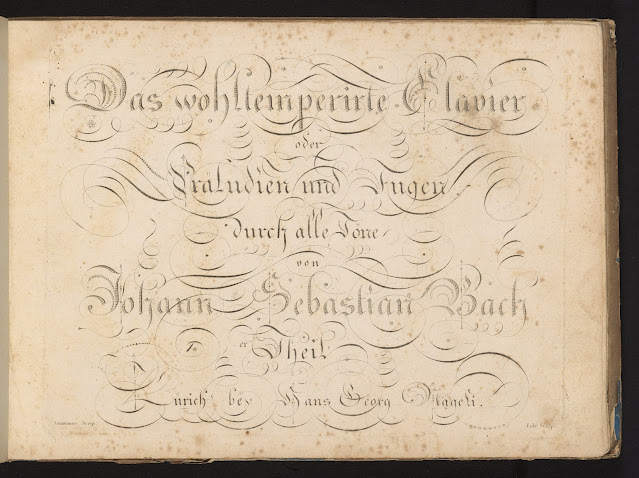 One never knows when a treasure will come to light, and I am delighted to share this treasure with you. Not only because it is a first edition, but also because we can receive a fascinating glimpse into how it was used and its provenance. In June 2022, I discovered a Nägeli first edition of Bach’s Das wohltemperirte Clavier, oder, Präludien und Fugen durch alle Töne. 1er [2er] amongst a donation of orchestral and chamber music. This is perhaps Bach's best-loved keyboard work. Known in English as 'the 48' or The   Well-Tempered Clavier it was composed "for the profit and use of musical youth desirous of learning and especially for the pastime of those already skilled in this study" and used as a valuable teaching tool for his students. Image: Cover of Das wohltemperirte Clavier, oder, Präludien und Fugen durch alle Töne. 1er [2er], 1808. Auckland Libraries Heritage Collections. Neither book of the Well-Tempered Clavier was published in Bach's lifetime. The f
Post a Comment
Read more

“David Nathan had decided that if the powers-to-be determined that the new capital was to be on the shores of the Waitemata Harbour then he would follow.”   David Nathan was one of the first Jews to move to the shores of the Waitematā Harbour, where in 1841, Captain William Hobson announced the new capital of New Zealand was to be built. A census from the same year had him as one of two Jews in Auckland in 1841, Jews being 1.4% of the town’s population.  As the new capital grew, so did its Jewish population, and in 1842, after the arrival of the large Keesing family, it rose to 15Jews (dropping to 0.48% overall), large enough for public worship.  Auckland's Jewish community began to form a shared community identity, looking to fulfil their common spiritual needs and requirements in the physical space of the colony. By evaluating what Auckland’s Jewish community viewed as vital steps to set up their new community, we can see what a minority community in Auckland viewed as important.
1 comment
Read more
More posts