Showing posts from December, 2021
Show All

By Admin - December 29, 2021
We are pleased to share for your listening pleasure the Top 10 Tracks of 2021 from across our variety of Podcast series and playlists. This is how the numbers rolled! At number one, with nearly 200 more listens than the next track: Kiribati to Aotearoa with Teri Taukoriri is our best travelled podcast track of 2021!  Our analytics show that this reached an audience across the Pacific with most plays registered from The Federation of Micronesia. Originally recorded as part of a project to document Kiribati migration stories in the Warkworth area, this clip supported our Food for Thought exhibition. In it, Sue Berman with Teri Taukoriri about growing up in Kiribati. Teri recalls everyday meals and shares memories of special celebrations and cooking in Kiribati: “Fish is everyday, chicken every now and then but pigs are for special occasions”. Teri goes on to talk about how important fish is to the family here in Aotearoa New Zealand and her favourite way to cook and prepare fish. This t
Post a Comment
Read more 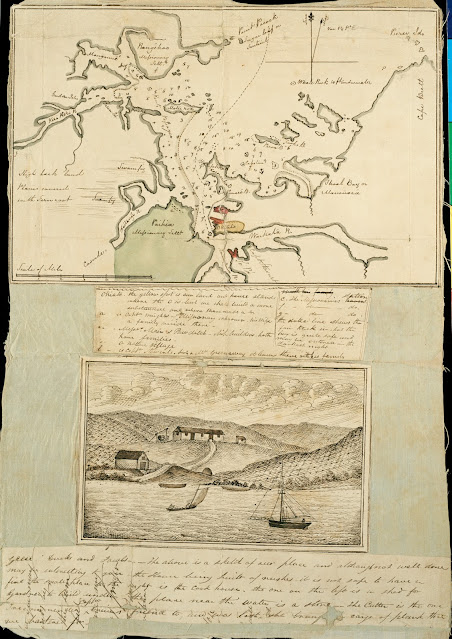 Thomas Wing (1810-1888), master mariner, cartographer, harbour master and pilot, was a notable figure in New Zealand’s colonial history. Auckland Libraries has three of his original maps of the west coast of the North Island. They are some of the earliest maps made in New Zealand by Pākehā and are counted among the unique treasures of the library. Wing came from a seafaring family and acquired his maritime knowledge during his youth at the port of Harwich, in Essex, England. He first went to sea aged fourteen and some four years later in 1829 he made his first trip to Sydney on the Ferguson , chartered to transport convicts from Dublin. Although the Ferguson only stayed long enough in Sydney to revictual, Wing would have likely met other mariners and heard talk of New Zealand, the place that was to figure so largely in his later life.  After his return to England, it is believed that the young Wing then joined the Hydrographic Department of the Admiralty where he developed his maritime
1 comment
Read more 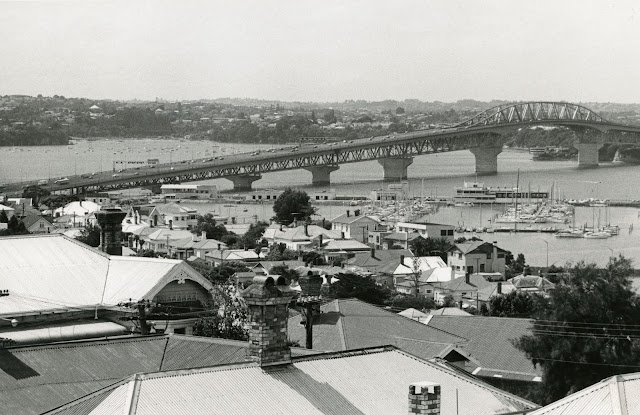 Opened in 1959, the Auckland Harbour Bridge is a distinctive and crucial piece of infrastructure. The incident in September 2020 when a truck was tipped over by a strong wind gust, causing damage to the bridge structure and creating traffic chaos, showed how reliant we are on our main harbour crossing. Currently, Waka Kotahi NZ Transport Agency and Auckland Transport are looking at alternative harbour crossings. Some of the suggestions mentioned in the media, including a proposal for a tunnel under the harbour are not exactly new ideas. Auckland’s traffic woes and the debate about how efficiently to move people across the Waitematā Harbour is an age-old issue which can be seen in various documents held in the Archives. Image: St Mary’s Bay looking towards Auckland Harbour Bridge, 1981 (Auckland Council Archives, Auckland City Council photographic department, ACC 497/1bl) For instance, the idea of a harbour bridge was raised at a meeting of the Birkenhead Borough Council on 16 April 191
Post a Comment
Read more
More posts