Showing posts from July, 2019
Show All

The Queen Street Mall Trial, May 1979 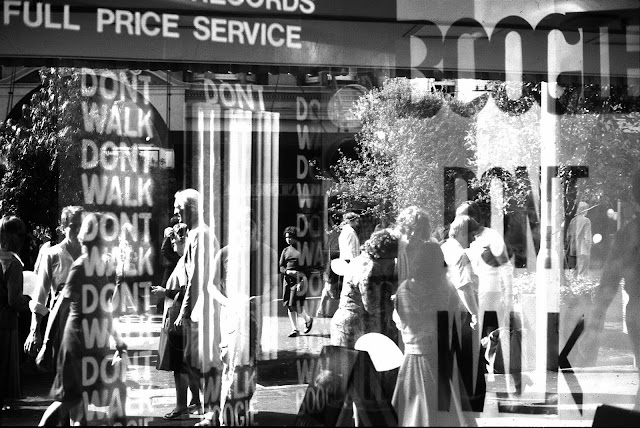 It was the first week of the 1979 May school holidays and Auckland’s main thoroughfare was to be closed for a trial pedestrian mall. A trial was initially approved due to pressure from the Tramways union, whose trolley bus drivers wanted to ensure public safety if a permanent mall was to be given the green light. It was argued, according to The Queen Street Mall Pre-implementation Report that the school holidays allowed the mall “to be seen as an event,” and it also gave an opportunity for the public to experience Queen Street in a carless, fumeless, and relatively noiseless state. And what an event it was. Reflection of pedestrians in record shop's window, week of trial mall, 7 May 1979, Queen Street Trial [Pedestrian] Mall, ACC 432 Box 1 Item 10t Record K1 Record ID 502449, Auckland Council Archives. A carnival-like atmosphere was created for one week in the Wellesley/Victoria street block. $14,000 was spent on signage, performers, makeshift rotundas and stages,
Post a Comment
Read more

Alison Duff: the essence of life 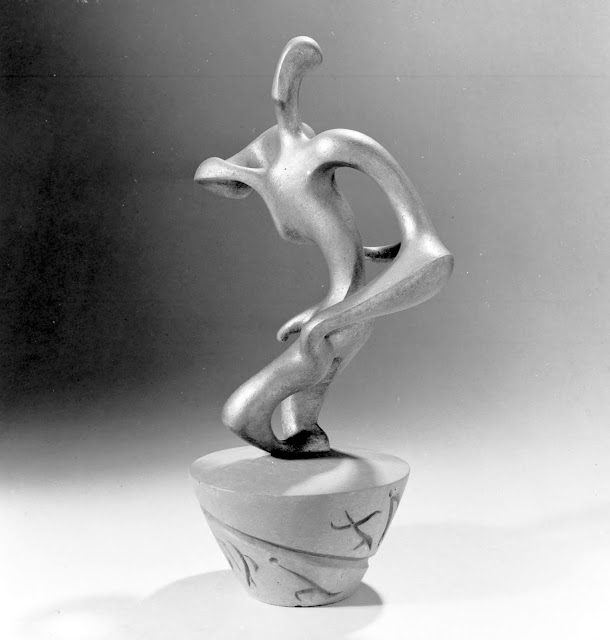 Alison Duff was a major Aotearoa New Zealand sculptor with a career spanning over sixty years. She introduced new materials and techniques and combined them with a commitment to local subject matter including native flora and fauna, and conservation concerns. She was inspired by her surroundings, without any reference to what anyone else may have done in the same field or in similar media, wrote Peter Cape who interviewed Duff in 1969. “A tui is the sound of a chime as well as shape and movement, and so her tui sculptures have sound as well as form (a carefully tuned bell, or sounding disc at the throat).” Duff carved and welded images of fantails, pied stilts, tui and kingfisher in which she tried to capture the essence of the birds and these sculptures often included acoustic elements. When asked if she observed and then drew birds before creating her sculptures, Duff replied, “No, I’d get him into my heart and then he comes out. I don’t do them photographically…. They’re not natural
2 comments
Read more 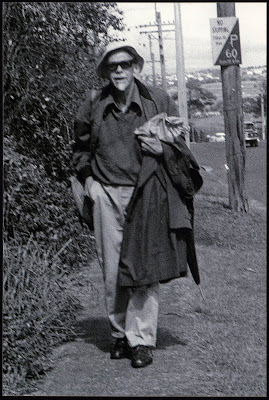 There can’t be too many Aotearoa NZ writers who have been immortalised in bronze three times – but Frank Sargeson has been. His three portrait busts were made by sculptors Terry Stringer, Anthony Stones and Alison Duff. They were shown together for the first time in an exhibition called Three Faces of Frank, in the Angela Morton Room in Takapuna Library from 1 August – 31 October 2019. Dinah Holman. Frank Sargeson. Auckland Libraries Heritage Collections, 1360-40. Duff produced the first bust of Sargeson, commissioned by The Arts Advisory Council (forerunner of the Queen Elizabeth II Arts Council of NZ) in 1963. However, Sargeson took some persuading because he was annoyed that the Arts Council had turned down funding for a theatre production he was involved in. He finally agreed to sit for Duff, who was also a friend, and in the end he wrote that she had produced a torso which he was obliged to admire: “her work much more than myself.” From: New Zealand Herald, 16 October 1
Post a Comment
Read more 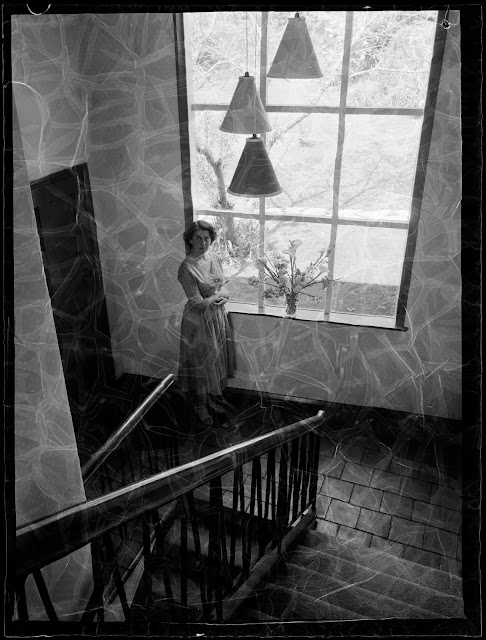 When I first came across this photograph from the Auckland Libraries heritage photograph collection I was mesmerised by the uniform yet complex and almost translucent pattern veiling the entire image. Shot from a landing above a stairwell, with a garden just visible through the large gridded window, the subject looks up resolutely towards the camera through what feels like a web of different physical and temporal spaces. Unknown photographer. New Zealand Herald Glass Plate Collection, 30 October 1956. Auckland Libraries Heritage Collections, 1370-327-19. Auckland Libraries Principal Photographs Curator Keith Giles explained that this net-like pattern  - termed “channelling” - is caused by the contraction and deterioration of the cellulose layer in acetate film negatives. This degradation is usually the result of a process commonly known as vinegar syndrome (due to the strong vinegar-like odour) which occurs when the acetate ion reacts with moisture, signalling that ascetic acid
Post a Comment
Read more
More posts