Showing posts from April, 2021
Show All

The Sun rises and sets and is now online 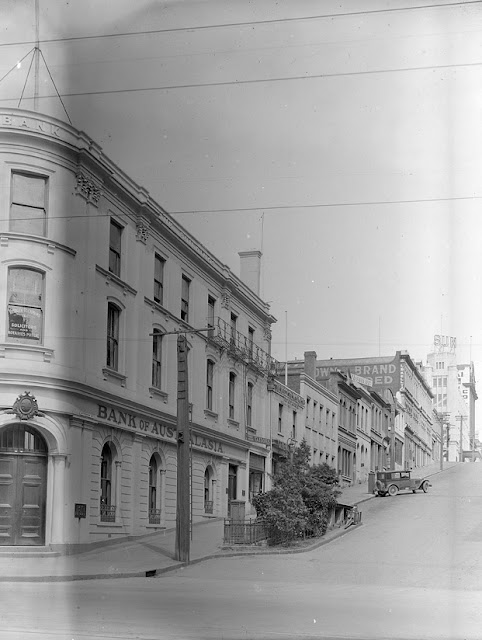 April 2021 sees the arrival of another Auckland daily newspaper in the online research community. The Sun  (Auckland) provides new insights into Auckland almost one hundred years ago. The newspaper ran from March 1927 to September 1930. It promised something fresh with a team of journalists and a commanding presence on the corner of Albert and Wyndham Streets.  Image: James D Richardson. Wyndham street, 1928. Auckland Libraries Heritage Collections, 4-1783. James D Richardson took this photograph of the view up Wyndham Street in January 1928. You can see the Sun building at the top, designed by Chilwell and Trevithick in the ‘industrial gothic’ style.  The Sun  (Auckland) was added to Papers Past in collaboration with Auckland Libraries where we hold the bound volumes and microfilm. Online access makes for a glimpse into reporting in Auckland that differs from the New Zealand Herald or the Auckland Star . The Gisborne Times was quoted as suggesting that, “…the advent of the new comp
Post a Comment
Read more

Hall’s corner: the heart of Takapuna 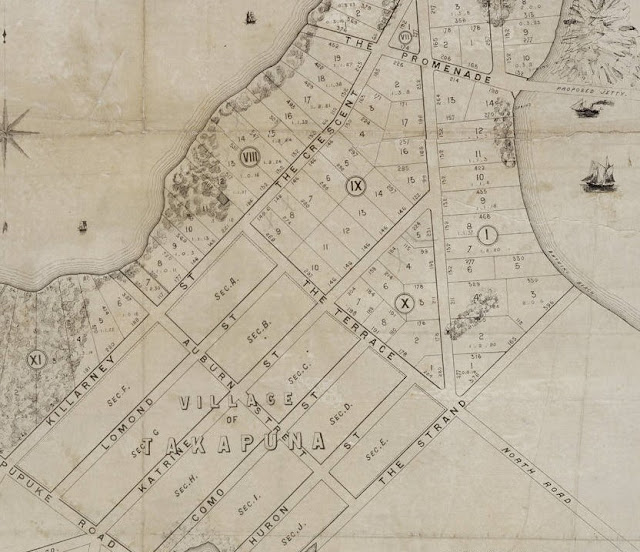 There was once a time when Hall’s Corner was Takapuna. The Lake or Lake Takapuna, as the settlement was widely known from the 1840s through to the 1920s, began its Pākehā history as a rural settlement consisting primarily of weekend homes of wealthy Aucklanders intermixed with small farms. For decades, it had no permanent commercial structures and most goods were brought in via wagon from Devonport or arrived at the Barry’s Point wharf. Image: Detail from: Takapuna villa sites for positive sale by S. Cochrane, 1863. Auckland Libraries Heritage Collections, Map 4130 . The Parish of Takapuna’s Lot 80 was 39 acres of poorly-tended bush located between the road to Northcote and the North Road. Andrew Rooney purchased the property in 1845 to use as a farm, but he soon abandoned it. Over the next thirty years, the land was subdivided into smaller lots until only Section X, Lot 1—a half-acre triangle at the intersection of The Terrace (Lake Road) and The Drive (Hurstmere Road)—remained. Image
Post a Comment
Read more
More posts