Showing posts from May, 2022
Show All 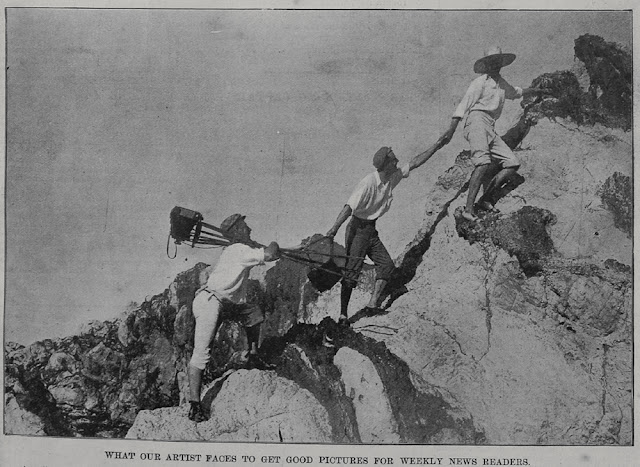 Henry Winkelmann was born in Bradford, Yorkshire, England on 26 September 1860, one of eight children. He arrived in New Zealand at Port Chalmers in 1878 aged 19, following in the footsteps of his elder brother Charles, who had immigrated three years earlier.  In 1882, aged 22, after a number of adventures, which included being marooned on Jarvis Island in the Pacific, Henry took up a career with the Bank of New Zealand in Auckland.  Ten years later, in 1892, Henry bought his first camera. He left the Bank of New Zealand in 1895 and embarked on a career in photography, alongside farming on Great Barrier Island, working in Blenheim and then back in Auckland, as a customs agent on Queen Street wharf.  Image: Auckland Weekly News. What our artist faces to get good pictures for Weekly News Readers, Henry Winkelmann (left) with camera, 1899. Auckland Libraries Heritage Collections, AWNS-18990616-6-2 . The earliest Henry Winkelmann image in the Auckland Libraries Heritage Collections is from
Post a Comment
Read more

Making a model city: the origins of the Central Area Model

The Central Area Model is a 1:480 scale model of central Auckland carefully built during 1967 and 1968 to replicate the city in precise miniature. The model recreates the areas of central Auckland bordered by the motorways which now surround the inner-city area. For more than two decades Council planners used the model to visualise the way proposed construction would alter the character and physical spaces of the city. The Council displayed the model for public exhibition multiple times over the years. In fact, the model went on public display at Milne and Choyce department store on Queen Street almost immediately after completion. Now, more than 50 years after its creation and over a decade since its last public appearance, the Central Area Model is on display once more -- this time on the ground floor of the Central City Library till 21 July 2022. Image: Liam Appleton. The Central Area Model in the Model City display on the ground floor of the Central City Library, May 2022. The Auck
Post a Comment
Read more

Homes fit for heroes to live in? The 1944 Auckland housing survey 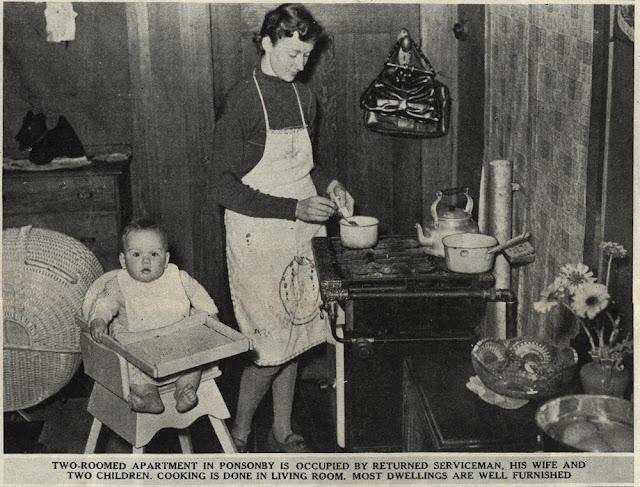 By the late 1930s it was becoming increasingly clear to Auckland City Council’s town planning staff that there were problems of substandard housing and overcrowding in many houses in the inner city, Grey Lynn, Ponsonby, Parnell, Herne Bay and Freemans Bay. A third of dwellings inspected in a 1935 council housing survey were found to be structurally unsatisfactory and 23 percent of dwellings were overcrowded. Soon afterwards the new Labour Government brought in its State Housing Policy which the Council hoped would fix Auckland’s housing crisis. However, before the new policy could effectively address Auckland’s problems the Second World War intervened, and national resources were soon re-focused on winning the war. Mid-way through the war, most major housing construction projects had virtually dried up. But wartime population movement made Auckland’s housing problem even worse, as many people moved to the city to get jobs in factories producing goods, armaments and supplies for the
1 comment
Read more
More posts