Showing posts from March, 2021
Show All

Mysteries in the archives 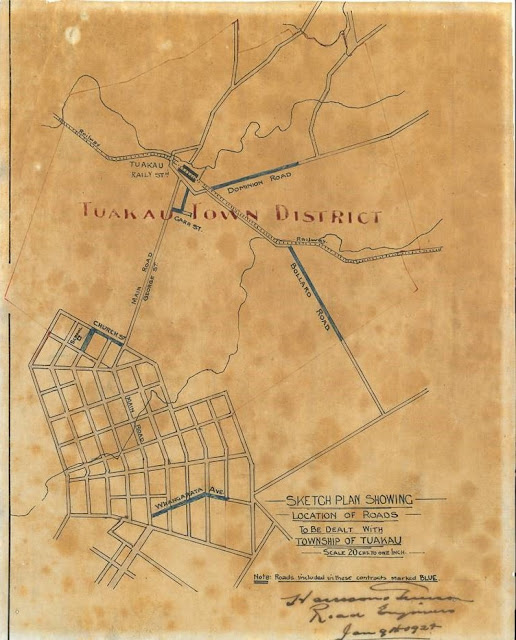 Late last year Keith Stuart (Senior Archivist, Auckland Council Archives), made an intriguing discovery. While he was looking through a box containing Tuakau Borough Council committee minutes, Keith found a framed map of Tuakau on waxed linen. He guessed that as the map was framed, it had probably once hung on a wall at Tuakau Borough Council’s office. The map is of the Tuakau Town District showing the location of roads requiring construction work. It is dated 9 January 1924 and was drawn by Harrison and Grierson, a well-known engineering firm which is still in business today. According to an article in the Franklin Times on 11 January 1924, at a meeting of the Tuakau Town Board, consulting engineers Harrison and Grierson forwarded plans and specifications for the formation, re-grading and metaling of Dominion Road, Bollard Road, Carr Street, Church Street and Whangarata Avenue.  Sketch plan showing location of roads to be dealt with township of Tuakau, drawn by Harris
1 comment
Read more

Contemporary collecting in the time of COVID-19 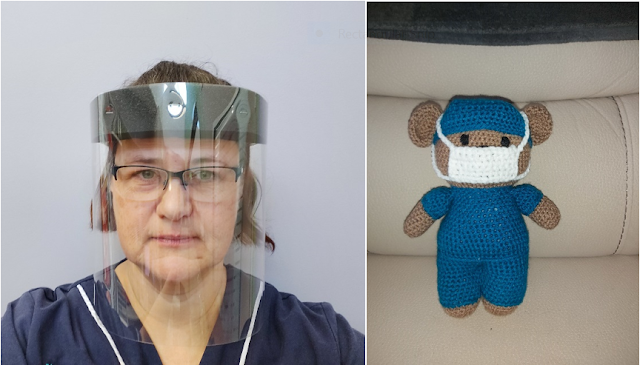 This time one year ago New Zealanders had 48 hours to prepare for the move to Alert Level 4, the nation was thrown into the unknown… Friday 28 February 2020 - the first COVID-19 case is reported in New Zealand. We become the 48th country in the world to have a confirmed case of COVID-19. Saturday 21 March - the Government introduces the 4-tiered Alert Level system, the equivalent of Alert Level 2 restrictions had come into effect the previous day. Monday 23 March, 1.30 pm - Prime Minister Jacinda Ardern announces New Zealand has moved to Alert Level 3. We have 48 hours to spare, it is scary. There is a sense of trepidation, panic, uncertainty, and heightened urgency. For some, an undercurrent of excitement, for others, the sheer fear of going headfirst into the unknown. Some of us panic, some lay low and wait nervously, others look to assist those more vulnerable. We all try to figure out, ‘what will this mean for us?’ We hear the word ‘unprecedented’, used for the first of many times.
Post a Comment
Read more 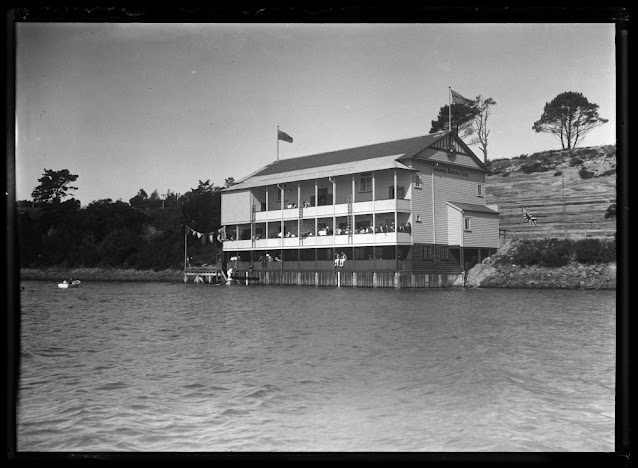 For many years, as I’ve traversed the Harbour Bridge, I have looked across the water toward Bayswater Marina and pondered to myself ‘What on earth is that big white building over there?’. Perched on the waters edge is a large, three storey building with wide veranda’s and a red roof. It is in a rather sad state- the top and bottom veranda’s have lost their railings and the general demeanour has an air of being tired and windswept. I’d tried a simple Google search to no avail, and I’d always intended on going for a drive one day to have a look.  This mystery remained until I briefly joined the Heritage Policy team within the Auckland Council Plans and Places team in November 2020. I was tasked with conducting research and reviewing scheduled buildings, one of which was the Takapuna Boating Club; my shining, white, windswept building teetering on the banks of Shoal Bay. Henry Winkelmann. "Showing the Takapuna Boating Club", 16 February 1924, Auckland Libraries Heritage Collecti
3 comments
Read more 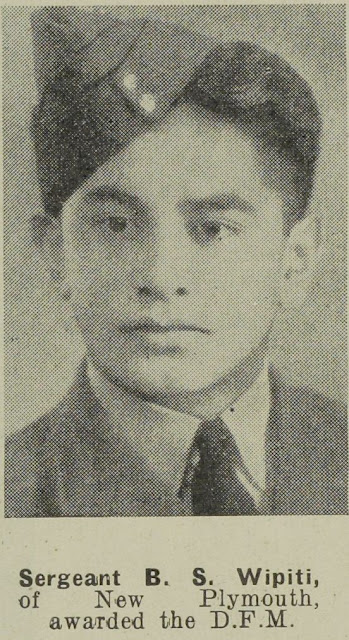 Māori Battalion, march to victory … However, when entering metadata for Auckland Weekly News subject headings one of the first things to remember is that Māori combatants in the Second World War were not necessarily members of the 28th Māori Battalion. There were Māori soldiers in other battalions or army units, Māori airmen in the Royal New Zealand Air Force and Māori sailors in the Royal New Zealand Navy (although I have only finished from 1939 to 1942 so far and have not come across any Māori sailors in the Roll of Honour yet; and the war is still a work in progress!). Using a few servicemen, here are some examples of the way we can find extra information about Māori combatants from the Auckland War Memorial Museum’s Cenotaph Database and the battalion roll on the 28th Māori Battalion website . The 1942 Roll of Honour contains three Māori airmen. The first we come across is Sergeant Herbert Samuel (or Bert Sam) Wipiti. Before the war Bert was a junior refrigeration technician in Ne
Post a Comment
Read more 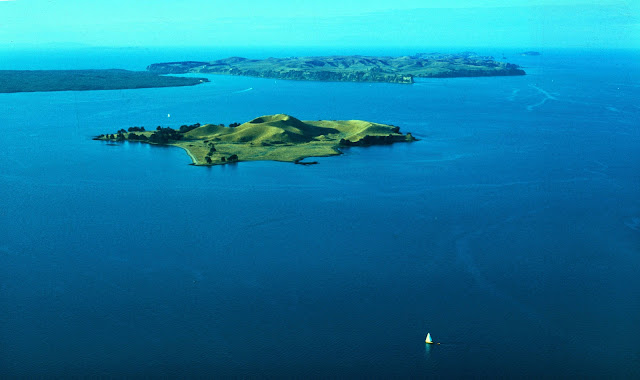 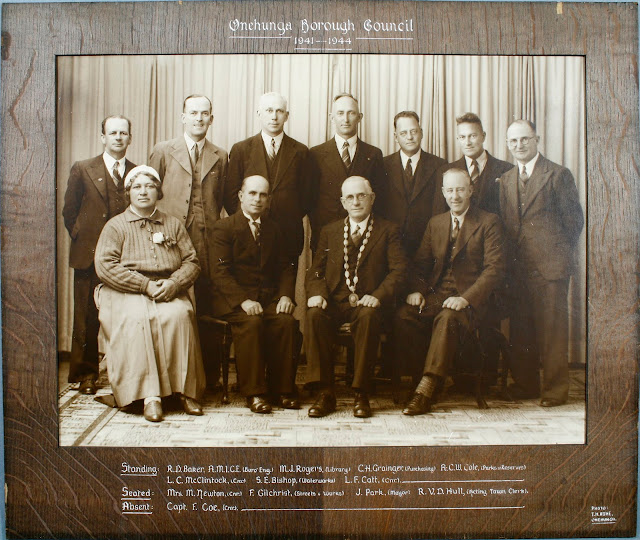 Mere Newton, local Māori politician and social worker, and Mary Dreaver, a daughter of Scottish immigrants and a national politician, operated within vastly different spheres of influence in 1937. However, Newton and Dreaver’s isolated worlds merged on 12 June 1937 when Mere Newton invited Mary Dreaver to become a guest speaker to the ladies’ social committee of the Epsom-Oak branch of the Labour Party. As the local press explained, after ‘community singing’, Dreaver took her place as guest speaker and spoke about ‘New Zealand movements of interest to women for building a new social order’. ( ‘Labour party.’ Auckland Star , Volume LXVIII, Issue 140, 15 June 1937 ). This is an excellent example of both Newton and Dreaver’s style of politics, from Newton’s utilising social connections and organising events to further causes, to Dreaver using her oration skills to further her political agenda. Image: T. H. Ashe, Onehunga Borough Council portrait, with Mere Newton in the second row, 1941-1
Post a Comment
Read more
More posts