Showing posts from June, 2018
Show All

The story of an Auckland Tramping Club map 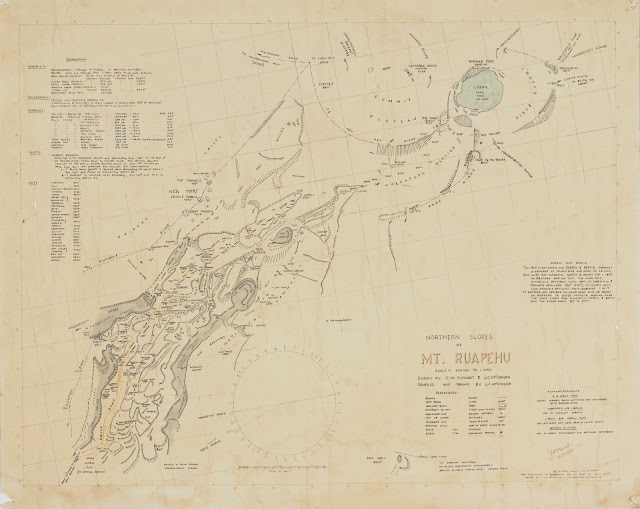 In May 2018, Auckland Tramping Club donated a fascinating map of the Northern Slopes of Mount Ruapehu to Auckland Libraries. Notes on the map indicate the survey was done by C.W. Stewart and J.C.McComish, and it was McComish himself who compiled and hand drew the map, and signed it with the date of October ’57. Further handwritten notes on the map note that it was restored in June 1972 by D.B.F. Brown, which is possibly when the map was laminated. Ref: Auckland Tramping Club, Map of the northern slopes of Mount Ruapehu, 1957. Auckland Libraries Heritage Collections, NZ map 9151. The map covers the area from the Upper Scoria Flat to the Crater Lake and it really is a work of art – mainly black and white, it has roads, streams, huts, ski patrol bases, chair lifts and power lines in colour, although very faded after sixty years of use. As well the map, there is information on safety, distances and the locations of the three telephones on the mountain - essential information
Post a Comment
Read more 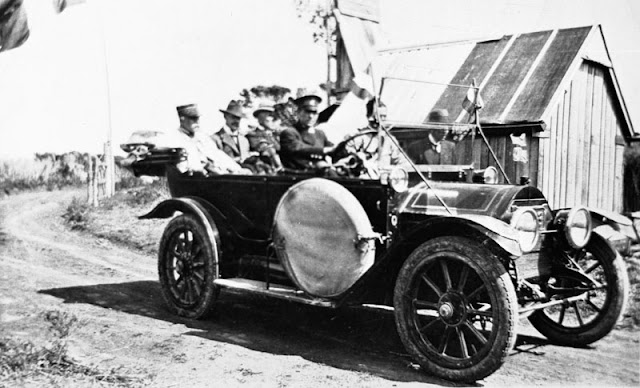 Jack Diamond was a thorough collector of everything West. He not only took his own photographs and acquired gifts of photos, but he also took photos of photos, before there were scanners or copiers, from both personal collections and collections belonging to institutions. In each image in this small sample there is a car, the photos dating from 1919 to 1974. A number of the photographs here were taken by Jack himself, as a record of events and scenes in the time in which he lived. Photograph dating is an interesting study, clothing and hairstyles are frequently quite reliable indicators of the season and decade, or even year, in which a photograph was taken. However vehicles were often a big investment and we Kiwis tend to keep them until they fall to pieces perhaps making them an unreliable indicator of photograph dates, but still very interesting! Please let us know if you are able to clarify details of the make and model of any cars which are unidentified. 1919 Read this w
1 comment
Read more 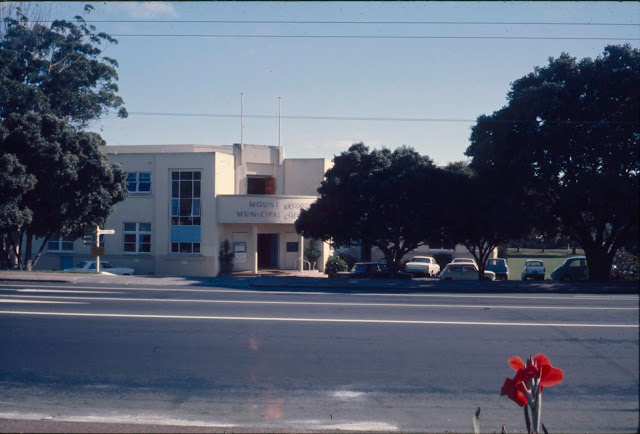 In the days prior to the Auckland City amalgamation of 1989, the Borough Council building held a significant place in the community. One went in to pay the rates, pick up rat bait (issued free upon request), and maybe even caught a glimpse of the mayoral robes. This month, one of those buildings returns to new life after a controversial few years. The Mt Roskill Borough Council Municipal Building at Three Kings – the Metrowater building to locals – is back in use after the discovery of toxic black mould saw it in limbo. With rumours of a push to demolish, the local historical society petitioned for it to be saved and now, renovated in all its pink-peach glory, it is once again the home of the Local Board. Image: Mount Roskill Borough Council Chambers viewed from Mount Albert Road, 1975. Auckland Council Archives, MRB 009/633. Built in 1956, the complex was considered by then MP John Rae, a ‘dream home’ for the council. He had called the previous Roads Board offices down the ro
Post a Comment
Read more 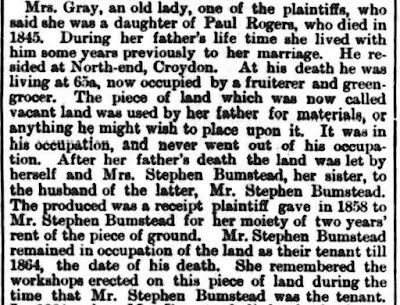 Among the databases available for FREE at Auckland Libraries is the British Newspaper Archiv e. This is the British Library’s version of PapersPast. If you subscribe to Findmypast you may have access to this already as part of your subscription. Otherwise you can use the British Newspapers Archive at any Auckland Council Library . all you have to do is register – provide an e-mail address and password and "Bob’s your Uncle!" The site includes newspapers from England, Scotland, Ireland and Wales and the articles can be something of national interest and much better, of local interest. A quirky example you may find are the results of ploughing contests that may name the person and their employer. The best of course, are those articles that are a little scurrilous. I have incidents that have caused me to sit down and research who the parties involved are and how they are related. However, all articles have added insight into how my families lived, property owned and what
Post a Comment
Read more
More posts