Showing posts from September, 2021
Show All

A ride on the Devonport horse Tramway 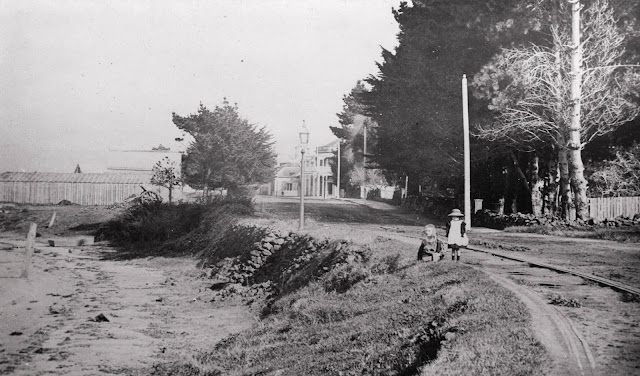 James D Richardson, "A woman and a girl beside the Devonport and Lake Takapuna Tramway tracks at Duders Beach, ca 1890". Auckland Libraries Heritage collections 4-3032. Spring 1886 heralded a long-awaited event for the people of Devonport. For three years, the community had discussed the merits of a horse tramway, but a false start, funding problems, and disputes with the local government delayed the opening of the first section of the Devonport and Lake Takapuna Tramway until Saturday, 25 September. Contract Plan of Devonport Tramway First Section, 23 November 1885. Courtesy Archives New Zealand R1947629. The inaugural run across the first section, between Victoria Wharf and Cheltenham Beach, was a publicity stunt intended to drum up sales of shares as much as to open the line. Reports of the event provide some of our only clues into the operation and quality of the tramway. Journalists noted that the “line is level for nearly the whole distance…and judging from the smoothn
Post a Comment
Read more

The archive of Jean Wishart 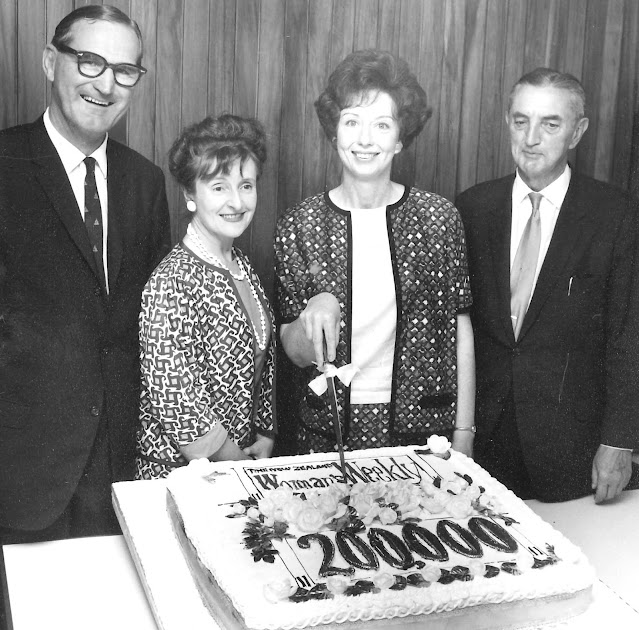 Auckland Libraries Heritage Collections recently acquired the archives of Miss Jean Wishart (1920-2016) who for over thirty years edited the New Zealand Woman’s Weekly . Wishart was a career journalist who lived and breathed the Weekly , making it the go-to read for generations of New Zealanders. Wishart began her journalism career when she joined New Zealand Newspapers in 1939. She soon worked at the Weekly itself, and in 1952 rose to the position of editor. She had wanted to write and work in publishing—her father was a printer—and had even contributed to the magazine’s children’s section, the Pixie Pages. It must have been a dream-come-true to work at that very magazine and to take readership to record levels over her thirty plus years at the helm. Image: From the Jean Wishart papers, a photograph of Jean Wishart, third from left, and colleagues with a cake to celebrate the readership of the New Zealand Woman's Weekly reaching 200,000. Auckland Libraries Heritage Collections, N
Post a Comment
Read more
More posts