Showing posts from September, 2012
Show All

By NB - September 27, 2012
Dr. Donald Kerr, Special Collections Librarian at the University of Otago has taken on the task of tracking down all known copies of the tapa cloth books from Captain Cook's three voyages. Some of you may remember the post on 1 June 2012, which discussed this book and the specimen in the Sir George Grey Special Collections at Central City Library. The full title of the book is as follows: 'A catalogue of the different specimens of cloth collected in the three voyages of Captain Cook, to the Southern Hemisphere: with a particular account of the manner of the manufacturing the same in various Islands of the South Seas; partly extracted from Mr. Anderson and Reinhold Forster's observations, and the verbal account of some of the most knowing of the navigators: with some anecdotes that happened to them among the natives'. London: Arranged and printed for Alexander Shaw, 1787. ﻿ ﻿ Ref: 7-C1922, Sir George Grey Special Collections
Post a Comment
Read more

The beginnings of state housing in NZ

By NB - September 26, 2012
This September celebrates the 75th anniversary of New Zealand’s first state house – number 12 Fife Lane, Mirimar, Wellington. The decision to build government-owned housing developed after the decline in construction following the Depression. That decline, combined with a belief that a decent home was a fundamental right of all Kiwis, set in motion the state housing project by the then Labour Government. Ref: 139 Greys Avenue state housing, 7-A1264, Sir George Grey Special Collections The opening of the first house in 1937 was attended by Prime Minister Michael Savage , along with hundreds of curious folk who traipsed through the brand new home for a look. The tenants were the family of council tram conductor, David McGregor, who had 'won' the home via a ballot system. That system did not, however, last. It was the subject of claims that it was unfair, and was later dropped in favour of a merit system. ﻿ Ref: PM Michael Savage, 1093-1, Sir George Grey Special Col
1 comment
Read more 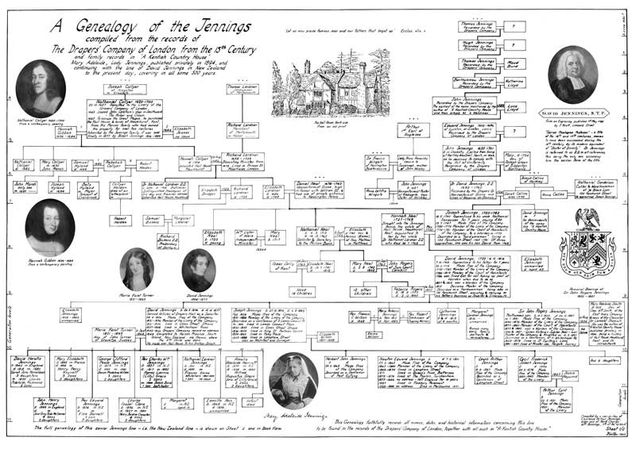 Just a wee while ago, Di and Fiona, librarians from Waiheke Library rang to ask me if I was interested in a family tree that a customer of theirs had found in their attic. They thought we might be able to find the family it belonged to, and if not, maybe it would be of interest to keep in our Sir George Grey Special Collections manuscript collection at Central City Library. When I received it here in the Central Auckland Research Centre , it was rolled up in a tube - and had obviously been rolled up for some time. The photos attached were curled up, and a couple fell off when I removed it from its tube. As a family historian, this tree excited me. It is A2 in size, and the first date on the tree was 1620, so the research had gone back for more than 500 years. It has been meticulously drawn out - and was beautiful in its own right. The family had taken care to record its genealogy in 1894 - courtesy of Mary Adelaide, Lady Jennings. A branch of the Jennings had emigrated to New Z
Post a Comment
Read more 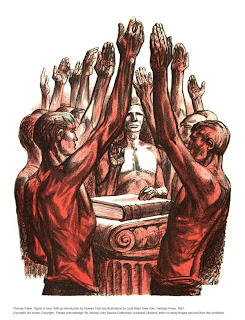 'Protest! a cry for freedom', is an exhibition about revolution and reform and runs from 1 August to 11 November at the Sir George Grey Special Collections, 2nd floor, Auckland Central Library. ﻿ Ref: Introduction, Thomas Paine, 'Rights of Man', 1961, Sir George Grey Special Collections The exhibition looks at universal themes of race, religion, power, land, peace, work, gender and the environment, which over the centuries have brought the ordinary man to react against the status quo in both peaceful and violent ways. ﻿ Ref: Case 7 Land, Meeting of six Ngati Maniapoto chiefs, 7-A16127, Sir George Grey Special Collections ﻿Examples through history and from around the world are given in the exhibition using rare books, letters, photographs, posters and memorabilia drawn from the Sir George Grey Collections. Examples include: the 1863 Waikato land confiscations in New Zealand, suffragette movement in the UK and environmental issues & organisations in New Ze
Post a Comment
Read more 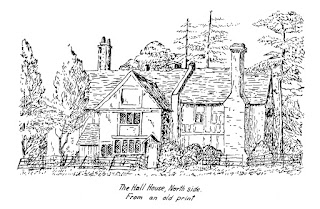 Some of you may have followed the happenings of the Jennings Family Tree in the media or via this blog . Early July, a family tree was handed into the Waiheke Library. It was beautifully drawn out on A2 draughtsman’s paper, and the Librarians on Waiheke sent it to me, so that we could trace the owner. The tree dated back 500 years, and was annotated that the original research had been taken from the records of the Drapers’ Company of London from the 15th Century – earliest date marked on it was 1589, although it showed the Jennings line going back some four generations more than that. It was also annotated that the tree had then been further updated by Mary Adelaide, Lady Jennings, in 1894 and published privately in " A Kentish Country House ." The tree had again been updated by an F. Keiller in 1969, and showed the Jennings branch of David and Maria Faint (nee TURNER) coming to New Zealand, and settling in Nelson with their 12 children (11 surviving). Intriguin
Post a Comment
Read more
More posts