Showing posts from June, 2019
Show All

Who was the mysterious Mrs Diamond? 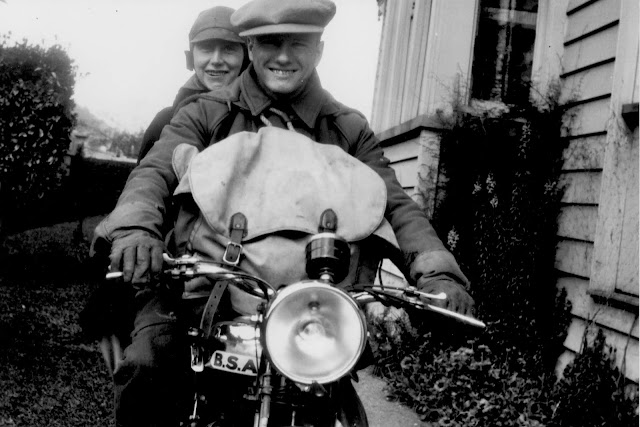 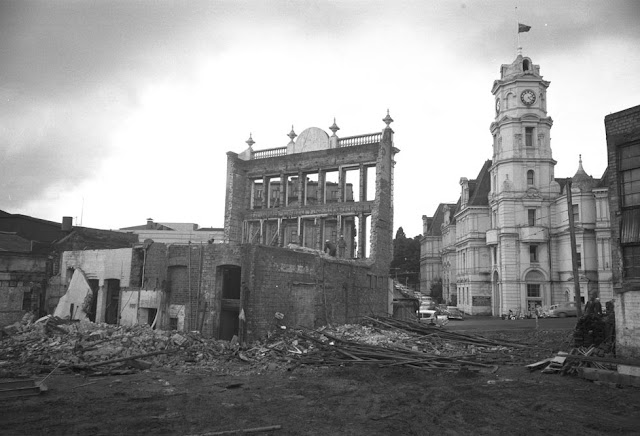 Fifty years ago, on 25 November 1971, the Central City Library opened its doors to the public for the first time. In celebration of this milestone, we bring you an updated and expanded version of this blog post from 2019, originally written as part of the 'Uncovering the Central Library' display. The Auckland Public Library emerged in 1880, born out of the book stock of the Mechanics' Institute and a substantial donation by Sir George Grey who made it a condition of his gift that a public library be established. However, the somewhat modest Institute was not up to housing Grey’s extensive collection. In 1887 the present Art Gallery building was opened which, until 1971, housed both the library and the gallery. It is the present library building on Lorne Street which will be familiar to most people.   Auckland City Council. Showing the site for the new Auckland Public Library, 1963. Auckland Libraries Heritage Collections, 580-7384. The matter of replacing the dilapidate
3 comments
Read more 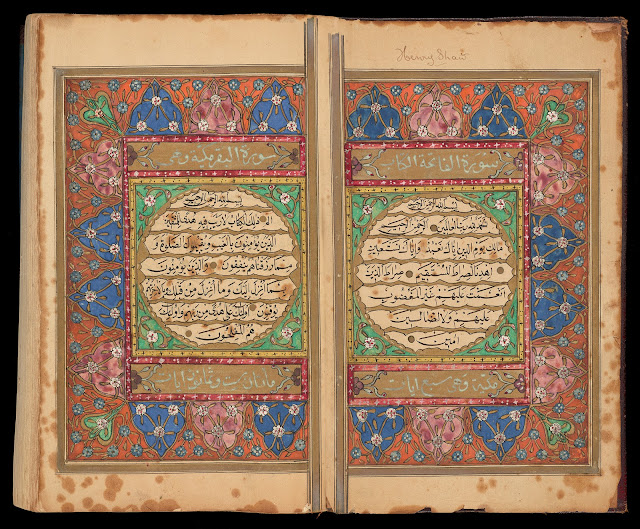 During June 2019 in the Sir George Grey Special Collections Reading Room two items from the Eastern Manuscript collection were on display. EASTMS S294 and EASTMS S297 were selected to celebrate Eid al-Fitr or Eid, as it is commonly known. Meaning the "festival of breaking the fast", this joyous celebration is held over a three-day period and marks the end of the fasting month of Ramadan. The exact date of Eid varies each year depending on the rising of the Shawwāl or new crescent moon during the tenth month of the Islamic or lunar calendar. Each Islamic country has its own traditions and ways of celebrating Eid, but generally Muslim communities come together to pray, spend time with relatives and friends, visit graveyards to pay their respects to loved ones who have passed, give gifts and share food. Ref: Scribe unknown. Qu’rān, Arabic in naskh script, c.1830. Double-page frontispiece. Auckland Libraries Heritage Collections, EASTMS S294. Ref: Jāmi, Mawlavī; scri
5 comments
Read more
More posts