Showing posts from November, 2021
Show All

The Camp Gazette has been digitised and made available through Kura Heritage Collections Online .  Image: Camp Gazette, vol. 1, no. 1, 24 November 1913, p.1, Auckland Libraries Heritage Collections CG_19131124 . During the General Strike of 1913 farmers from around the region were recruited as mounted ‘special constables’ and public servants were granted leave to serve as ‘foot specials’. In Auckland the New Zealand Farmers’ Union actively sought out volunteers from rural districts. These men came to be known as Massey’s Cossacks after the then Prime Minister, William Ferguson Massey. 1913 remains the most violent strike in Aotearoa's history, although most of the violence occurred in Wellington.  In Tāmaki Makaurau the Special Constables set up camp, initially in Ōtāhuhu, then moved to the main camp at the Domain. On 27 November the Domain Camp closed, and the mounted specials moved to a new camp at the polo grounds in Remuera (where the Dilworth Junior Campus is located today).
Post a Comment
Read more 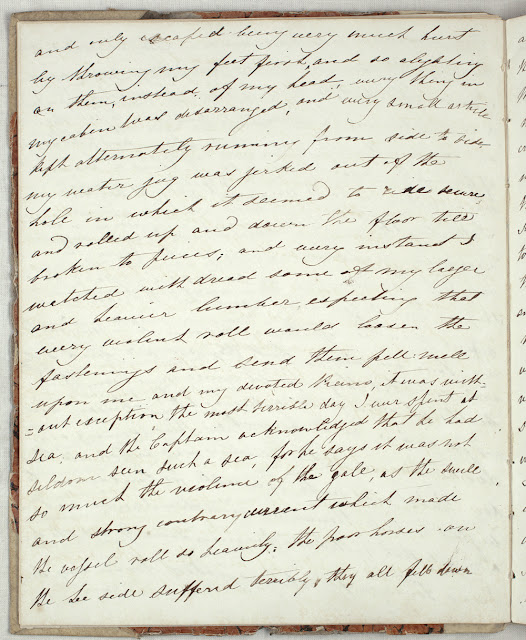 When Sarah Mathew, wife of the surveyor Felton Mathew, arrived on the shores of the Waitematā Harbour in 1840, it was to assist her husband in selecting a site for the capital of Aotearoa. Later that year, the couple moved into a tent above the beach of the area we now call Britomart. In a box beside the tent was what Sarah refers to in her diary as “my devoted piano”. Once their house was finished, the piano moved in with her. Image: Page 22 from Sarah Mathew’s ‘Journal of voyage to New Zealand, March 2nd 1840 – February 21st 1844’ including her reference to “my devoted piano”. Auckland Libraries Heritage Collections, NZMS 79. Middle-class English gentlewomen of the nineteenth-century were expected to learn the piano and this was adhered to even in the context of their unusual lives in early Auckland. Live music continued to play a large part in the lives of these men and women and the piano was indispensable as an entertainment in the home. More than that, playing the piano well was
Post a Comment
Read more

Aprons in the archives 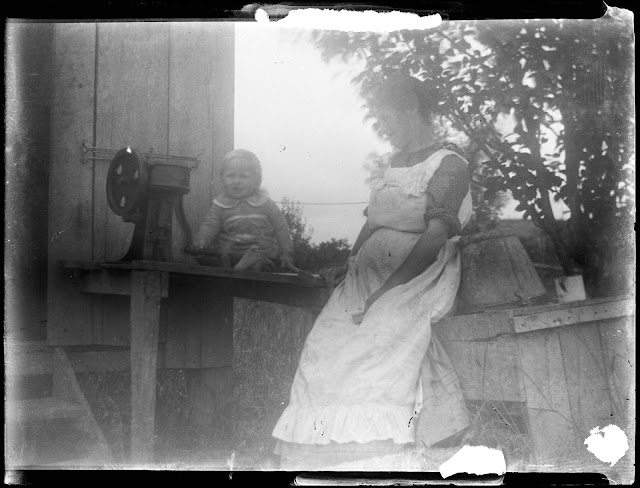 Aprons do not appear very often in photos from the past, except as part of formal uniforms. People tended to dress in their best clothes when they had their photograph taken, meaning that it is harder to find a record of the garments people wore for everyday work. Aprons, especially, could be quickly and easily removed to reveal nicer clothing underneath, even for an informal photograph. Image: Unknown photographer. Woman and child, 1900-1910s. Auckland Libraries Heritage Collections 1639-10782. Though worn infrequently today, aprons have a long history. They were common garments in the times when fabric was expensive and clothing was time-consuming to make, mend, and wash. They were mainly intended to be worn either at home or at work, to protect clothes from becoming dirty and damaged. While that same general purpose remained unchanged, apron styles went in and out of fashion over the decades. Browsing through our image databases reveals how aprons have been worn by women, men and ch
2 comments
Read more
More posts