Showing posts from May, 2015
Show All

To mark Samoan Language week, we are featuring a great Samoan resource in our heritage collections whose existence was alerted to me by a sleuth-like colleague. We have a carbon copy typescript of the Samoa guardian from 26 May 1927 to 6 June 1929. Though this transcript finishes in June it provides a particularly valuable historical record of the two years leading up to the disastrous events of Black Saturday .  Ref: Auckland Weekly News, Reinforcement for the Administration Police at Samoa, 26 April 1928, Sir George Grey Special Collections, Auckland Libraries, AWNS-19280426-38-3.
2 comments
Read more

Today we have another New Zealand Music Month post featuring the manuscript collection of Benny Levin (1930-1994) an entrepreneur, band manager and concert promoter. This collection includes personal papers, tapes, audio-visual recordings, posters and photographs from the estate of Benny Levin. A complete inventory is available with the record on Manuscripts Online ; it has been sorted and listed thanks to a Lotteries Environment & Heritage Grant. Ref: Business card for Benny Levin/Russell Clark, Sir George Grey Special Collections, Auckland Libraries, Series 3, Box 4, NZMS 990.
Post a Comment
Read more

The Lusitania and Submarine Warfare

By 1915 the Auckland Weekly News Supplement was becoming a sophisticated propaganda organ. Editorial policies determined what readers would see and how they would interpret photographs, in a campaign to make them accept the need to win this ‘Great War for civilisation’ against a barbaric enemy. They were led to believe this was so even if it must be fought at the great human cost shown each week in the Weekly News Roll of Honour. As casualties on the Gallipoli Peninsula began to mount, photo editors inserted reminders in the magazine showing readers just why we were fighting this war. They often did this by repeating photos and drawings about the Horrible Hun’s new and ungentlemanly ‘total war’ against civilians (especially women and children) through the evil menace of submarines lurking underwater to wreak death and destruction on the high seas. In February 1915 the Germans declared the waters around the British Isles a war zone where all Allied and neutral vessels risked being sun
Post a Comment
Read more 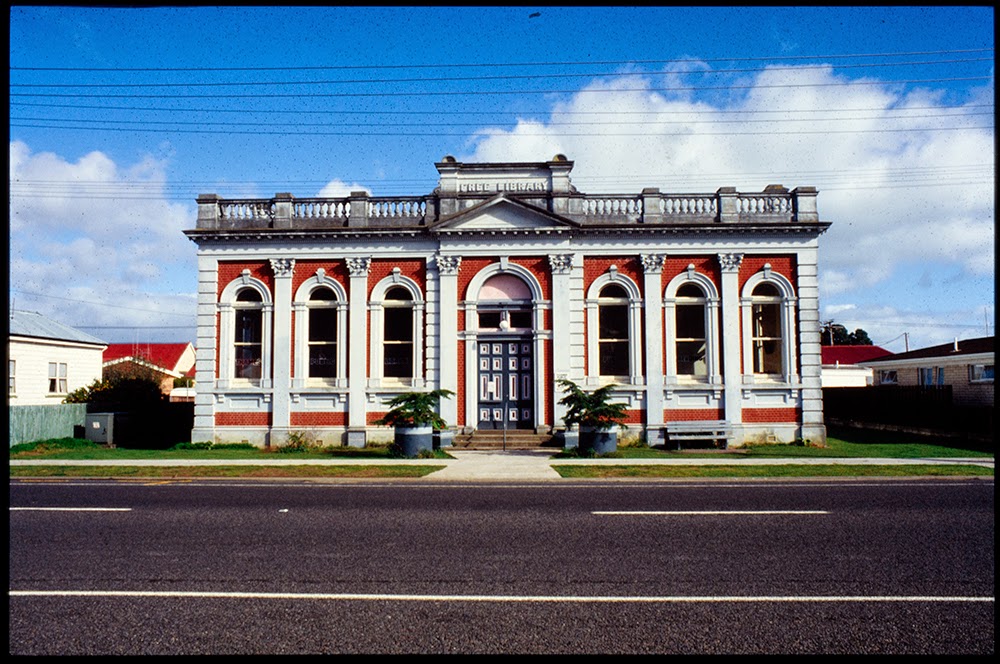 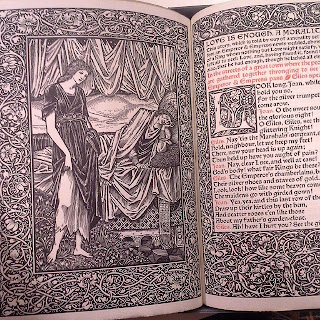 At the beginning of February Auckland Libraries resurrected our Instagram account. It gives us in the Heritage and Research teams a great channel to show off heritage collections and exhibitions that are happening around Auckland Libraries. Some of our contributions  from the heritage collections  have been photographs, illuminated manuscripts, vintage advertising from the ephemera collection , maps and even some images of incunabula and rare books.  The most recent post featuring our heritage collections showed the second to last book to bear the Kelmscott Press imprint: Love is enough: or, The freeing of Pharamond by William Morris. The illustration below was designed by Edward Burne-Jones and engraved on wood by WH Hooper; the borders are by Morris. Ref: William Morris, Love is enough, 1897, Sir George Grey Special Collections, Auckland Libraries, PR:KELM 1897.
1 comment
Read more 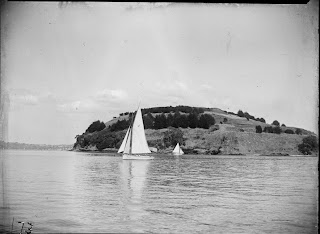 Local M ā ori were in charge of fishing in the early days of Auckland, but as more immigrants arrived fishermen from other countries entered the trade. They were unused to the Waitemat ā and Manukau Harbours’ estuaries and tidal flow, and from the 1860s a vessel suitable for these conditions began to evolve - the “mullety”. Ref: Fishing mullet boat off North Head, 1900s, Sir George Grey Special Collections, Auckland Libraries, 37-173.
Post a Comment
Read more

A brief history of Mother's Day 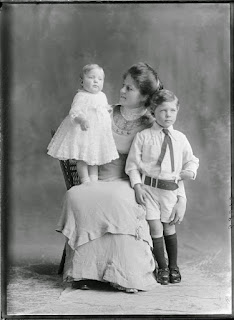 Today is a special day to recognise and celebrate the women who raised us. Many countries around the world, including New Zealand, have adopted the Mother's Day celebration based on the North American origin of the holiday, with roots in the American civil war. Sir George Grey Special Collections, 31-68043 There are two histories associated with the origin of celebrating mothers, despite occurring several decades apart, both were in response to conditions resulting from war. The origin of Mother's day stemmed as a anti-war movement, and its reason for existence was commemorative rather than celebratory. Social activist Julia Ward Howe arranged special services and rallies for women to unite against war, in 1870 she wrote a proclamation and tried to get formal recognition for a Mother's Day of Peace. At the same time, Ann Reeves Jarvis was also involved in the women's movement attempting to improve sanitation conditions for women and lower infant mortality by f
Post a Comment
Read more 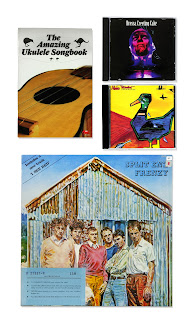 May is New Zealand Music Month (NZMM) and to help celebrate the Heritage & Research teams at the Central Library have compiled a playlist featuring some of our favourite New Zealand songs. The only proviso for selection was that we had to hold it in our Heritage collections. Format wasn’t specified as you can see from the images below; we have LPs, CDs, film soundtracks and a couple of songbooks. Ref: Items from Sir George Grey Special Collections, clockwise from top left: The amazing ukulele songbook, Bressa Creeting Cake (self-titled) CD, Able Tasmans 'A cuppa tea and a lie down' CD, Split Enz 'Frenzy' LP.
Post a Comment
Read more 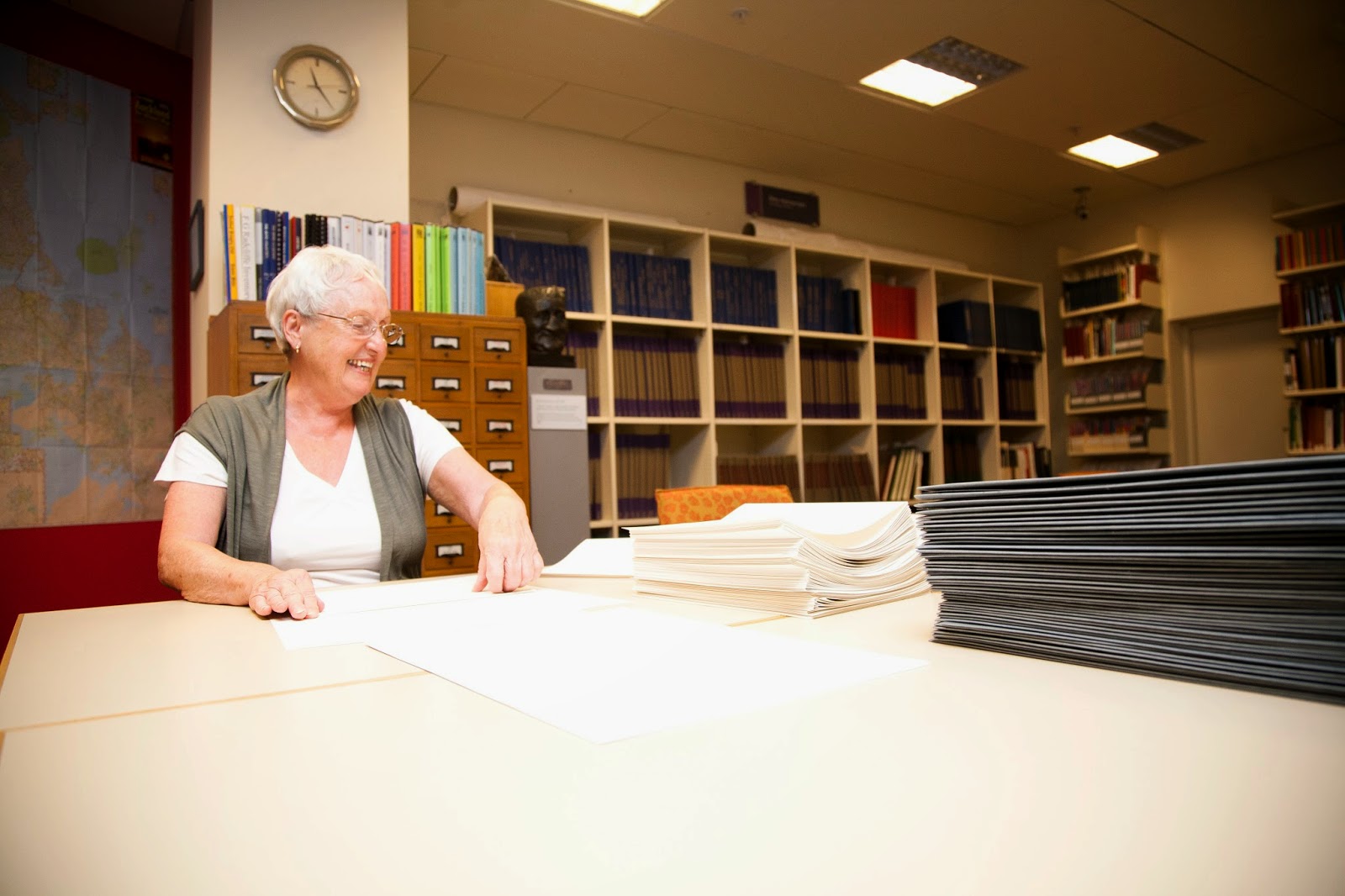 The staff of Sir George Grey Special Collections and the Central Auckland Research Centre at the Central Library were deeply saddened to hear of the death of Ann Baxter on Tuesday 28   April.  Ann had been a volunteer for over 15 years, at first in the Research Centre and more recently in Special Collections.  For the last 18 months she had been working on sorting and foldering unsorted material from the Auckland Provincial Council records . This was done with enthusiasm and attention to detail. Her comments on items she came across were always interesting and frequently made with characteristic Yorkshire humour .  Ref: Ann Baxter working in the Special Collections reading room, 5 February 2013,  The Wire, Auckland Council, 38-244556. We are indebted to Ann, not only for this work but for her wider appreciation of the collections and for her advocacy for them. She gave some of her  personal papers  from her  writing, directing and acting career  to the collections as well
1 comment
Read more

The records of the English parish church with Viv Parker

For approximately 10 years, the Central Auckland Research Centre has run a fortnightly family history lunchtime series lectures from February through to November at Central City Library. They are a diverse range of lectures, covering many subjects related to family and/or local history, New Zealand and world history. These popular talks are well-attended, but typically there are always people who are unable to make them largely due to geographic distance. I've frequently had calls and emails from people all over New Zealand and overseas - from as far away as the UK asking if we were going to be able to make the presentations available online. This year, we have been able to record some of our lunchtime talks as part of a pilot study. We were able to record most of the New Zealand Cemeteries Heritage Week events held at Central Library, and those proved very popular. We do captioning which means transcribing the whole presentation, to make each one accessible for the hearing
Post a Comment
Read more

Sir George Grey Special Collections holds a number of road, street and tramping track maps produced by the Automobile Association (AA). Ref: Automobile Association 'road surface' motor touring map..., 1930s, NZ map 372, Sir George Grey Special Collections, Auckland Libraries.  The following information is from John McCrystal's book 'One hundred years of motoring in New Zealand'  which provides a great introduction to the history of the organisation. The AA was founded in 1903 and began as an automobile club for motoring enthusiasts. One of the earliest functions of the associations was signposting. In 1915, members of the Auckland branch of the AA began voluntarily marking routes. In 1925, Roy Champtaloup drew the first official AA road map by hand. Soon afterwards map making became more sophisticated, and for a time, both the Auckland and Wellington associations had their own cartographic departments. The oldest AA map in Sir George Grey Special Collect
1 comment
Read more

Artefact digitisation unit - for your Anzac! 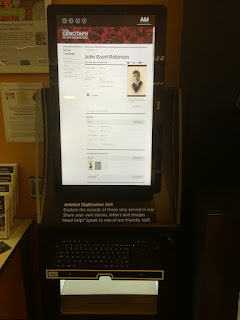 The wonderful people from the Auckland War Memorial Museum delivered an Artefact Digitisation Unit (ADU) to the Central Auckland Research Centre . A what? I hear you say . . . . It is an awesome piece of technology that looks kind of like an ATM machine - a kiosk with a computer, touchscreen monitor and a camera. With its connectivity to the internet, it has direct access to the new Online Cenotaph . People can use the ADU to search the Online Cenotaph direct from the Research Centre, and contribute information about the person they are researching - this includes the ability to photograph documents and objects to upload to a subjects record. The Online Cenotaph itself has been completed re-designed and had been re-launched in January. There are more than 140,000 service personnel listed, and alots of new content has been added: approximately 2,000 new images from Auckland Libraries' Schmidt Collection of portraits  direct links with servicemen’s sketches, po
Post a Comment
Read more 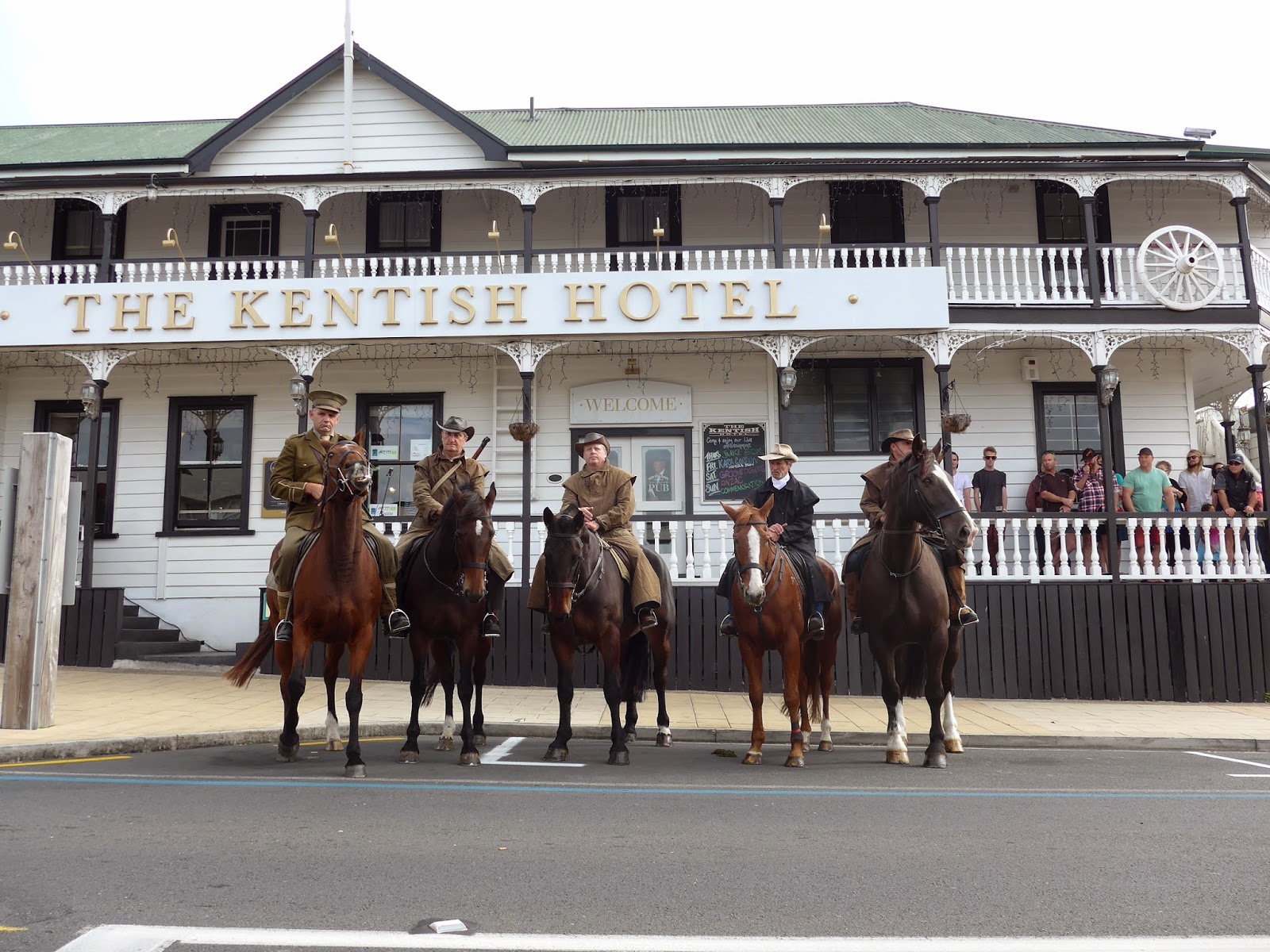 On Sunday afternoon 26 April five armed and mounted men clattered down the main street of Waiuku. Ref: Bruce Ringer, Outside the Kentish Hotel, Waiuku, 2015. The occasion was not a bank robbery nor a gymkhana but a reenactment, 101 years after the event, of a locally famous photograph taken of the first volunteers to leave Waiuku for active service during the First World War. Ref: Volunteers, Waiuku, August 1914, photograph reproduced courtesy of Waiuku Museum Society, South Auckland Research Centre, Auckland Libraries, Footprints 04686. These five men posed on their horses outside the Kentish Hotel on 17 August 1914. Captain John Henry Herrold of the Waikato Mounted Rifles is on the far left. He is accompanied by, from left to right, Troopers Frank Knight , Robert William ('Bob') Hammond , Alexander Glass and Henry Eisenhut . If you would like to add to the records of these first five men, you can do so at the Online Cenotaph website or keep an eye out for
Post a Comment
Read more
More posts