Showing posts from December, 2020
Show All 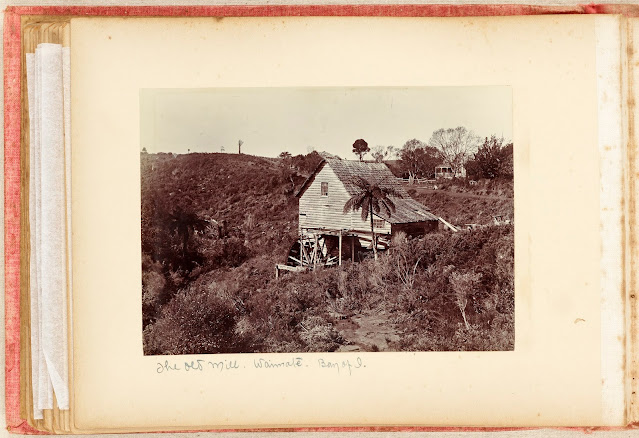 Bread was a staple for British settlers to New Zealand and, at first, flour and bread were imported from Australia. In the early 1800s, Ngāpuhi chief Ruatara was among the first to plant wheat in New Zealand. To begin with wheat was ground with a steel hand-mill. The first flour mill in New Zealand began operation in 1834 at the Church Missionary Society’s farm at Waimate, built of timber, it was powered by a water wheel set in a small stream. Image: Frank Denton. A view of an old flour mill, Waimate North, Bay of Islands, with the water wheel visible, about 1898. Auckland Libraries Heritage Collections, 877-ALBUM-138-28. From the mid-1840s Māori invested in water-powered mills to process the wheat they grew. Between 1846 and 1860, 37 flour mills were built for Māori owners in the Auckland province alone. Image: Letter to Governor Grey at Wellington, written at Manawatū by Hōri, possibly Hōri Takerei. The letter requests a plough to prepare land for wheat for a mill. Signed by Takerei,
Post a Comment
Read more
More posts