Showing posts from June, 2016
Show All 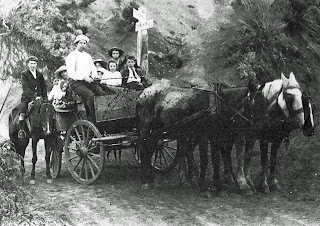 Now on in the J.T. Diamond Room, Waitakere Central Library is our Dalmatians out west exhibition. The exhibition features images from Auckland’s Dalmatian community and will run until 30 August 2016. This is the first in a series of blog posts based on the themes in the exhibition. Early Dalmatian settlers of West Auckland The first Yugoslavs to settle in New Zealand are thought to be sailors from the Frigate Novara which berthed in Auckland in 1858. There was then a small influx of Dalmatian migrants, mainly from Podgora, in the mid to late 1870s with many working in the gumfields around Dargaville, Ahipara and Riverhead. In 1903 the first vineyard in Oratia was established by Ivan and Katherine Vella, the first Dalmatians to arrive in the district, and by 1913 they had six acres of grapes. They also grew apples and peaches on the land. In 1904 Tony Borich, Mate Borich, Jack Sunde and Stanko and Lovre Marinovich bought 160 acres of land in Oratia. Ref:  Lovre Marino
6 comments
Read more 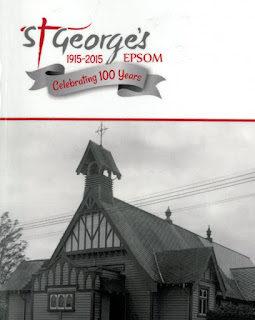 I recently heard someone refer to St George’s Anglican Church in Auckland, as being the 'wedding' church. I'd been to a funeral once there, a few years back, and thought it was a pretty amazing historic building with all the wood and the stained glass windows and the old fashioned pews. But I'd never thought of it as a wedding church, and in fact had never realised there was such a thing. Granted, the person who told me this was of an age where she had seen her children married in the kind of weddings that require a PhD in Organisation along with a serious talk with someone at the bank. Barefoot on a beach with a single daisy was never going to cut it with those girls. But for there to be such a thing as a wedding church? My ignorance on such matrimonial matters is clearly appalling. Thus it was quite a coincidence when I was checking out the new books here at the Central Research Centre this week, that I saw a copy of  a book celebrating the centenary of St Geo
Post a Comment
Read more 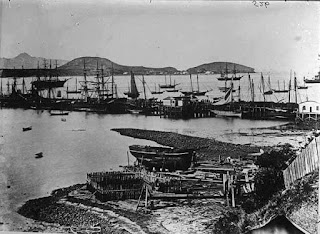 One of the first fenced swimming baths in Auckland was around an area of shoreline at Smales Point . In the 1860s men paid a small fee to swim there – naked, as was customary at the time. Women were not allowed to use the Smales Point pool but were able to swim for a few hours a day at the Britomart Baths, during which time men were excluded. Ref: James D Richardson, Auckland harbour, 1864, Sir George Grey Special Collections, Auckland Libraries, 4-526.
3 comments
Read more 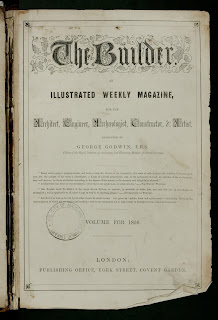 More about Stories on Stone 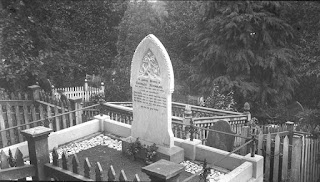 As part of Auckland Libraries' Family History Lunchtime Series I was able to hear Lyn Whelan speaking on 'Stories on Stone'. This talk on monumental inscriptions provided a wealth of information about the purposes of the inscriptions, what can be found, and tips for using these in our family history research. Monumental inscriptions have the ability to tell as more about the lives of those they memorialise. For family historians the information to be found can range from names, relatives and dates, to unique historical events and clues to the history of the community. Clues are important; they may not provide us any answers but they can point us in the right direction, towards our next step or to new information on family we already knew about. Reynolds Family grave, photographed by James D. Richardson Sir George Grey Special Collections, Auckland Libraries, 4-RIC284 Inspired by Lyn's talk I spent time looking into monumental inscriptions of my own family. Usi
Post a Comment
Read more

Shakespeare in his time: curator talks 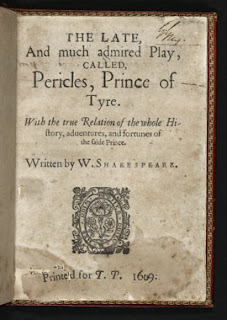 ‘Shakespeare in his time’ , the current exhibition on at Sir George Grey Special Collections to mark 400 years since Shakespeare’s death, has seen many people come through to get a glimpse of the world in which Shakespeare lived and to see some of his own work and inspiration on display. For those that have yet to see the exhibition, it remains on until the 19th of June, but for those who cannot make it, or want a little something extra, these curator talks are for you! These short segments feature Georgia Prince, Iain Sharp, Kate de Courcy and Ian Snowdon, the curators of the exhibition, giving a little bit more background on particular areas and display cases they worked on.   Have a listen below and find more on  Auckland Libraries’ Soundcloud page ! Ref: William Shakespeare, Pericles, 1619, Sir George Grey Special Collections, Auckland Libraries, 1619 SHAK. Curator Iain Sharp discusses the four Folios on display alongside the quarto edition of Pericles:
Post a Comment
Read more
More posts