Showing posts from June, 2022
Show All

What kind of news magazine was the Auckland Weekly News? 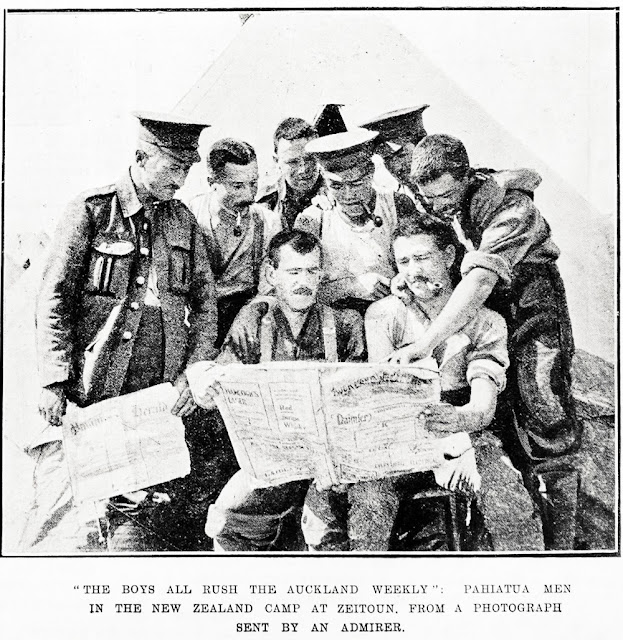 Auckland newspaper publishers Wilson and Horton Ltd produced the first issue of the Weekly News: a journal of commerce, agriculture, politics, literature, science and art on Saturday 28 November 1863, only a few months after they started publishing the New Zealand Herald . The publishers’ intention was that it should be a weekly magazine for rural towns and isolated households which was a digest of news from the Heralds of the preceding week. As well as summarising the news the magazine included a few extra illustrations; then still uncommon in newspapers. At first these were line engravings but the 1900s saw the first use of black-and-white photographs, usually in a detachable picture supplement. The new magazine was published at Wilson & Horton’s printery in Auckland but was distributed in North Island country districts beyond the city (and, eventually, throughout New Zealand.) Therefore, very soon it made sense to rename the magazine with the more explanatory Auckland Weekly Ne
Post a Comment
Read more

Among the Auckland Libraries collection of incunabula - early printed books - is a copy of the Golden Legend printed by William Caxton in 1483, which is one of only 33 surviving copies in the world. Detail of the Golden Legend ; the printed English is comprehensible to the modern reader. William Caxton was born about 1422 and died about 1491. He is thought to be the first person to introduce a printing press into England and the first English retailer of printed books - most significantly, books in the English language, which he translated from earlier medieval and classical texts. After working in Bruges and seeing the recently-invented printing press in action, Caxton returned to England and set up a press in Westminster in 1476. He had translated a collection of stories associated with Homer's Iliad, the Recuyell of the Historyes of Troye , and his printed version was in high demand. Realising there was a market for English language texts, he produced an edition of Chaucer'
Post a Comment
Read more

Takapuna: A Name for Many Things 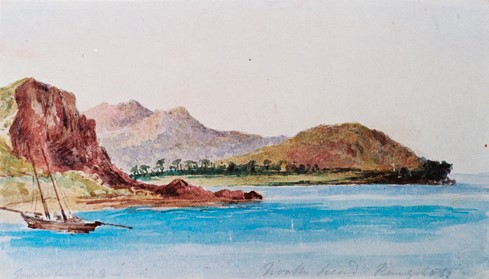 What is Takapuna? The te reo Māori proper noun has been adapted for use as a place name, a personal name, and many other things besides since its introduction in Aotearoa many centuries ago. Its origins are relatively clear, but how and when the word arrived in Aotearoa is disputed. Still, the name is unique. Nearly all instances of Takapuna worldwide can be traced back to the North Shore of Tāmaki Makaurau. This article gathers some of the better-known narratives regarding the history of the name, but it is not intended to be definitive—there are other traditions that are equally important to the story of Takapuna. Image: Caroline Harriet Abraham. North Head and Rangitoto, ca 1853. Auckland Libraries Heritage Collections, 3-111-4 . The story of Takapuna begins not with the name but rather a place. Tens of thousands of years ago, a volcano broke through fractured continental shelf to create a steep headland at the southern end of the North Shore. Millennia later, the legendary Polynesi
Post a Comment
Read more
More posts