Showing posts from April, 2014
Show All

The photography material in Sir George Grey Special Collections is made up of 500,000 images from the 1840s to the present day. Items in the collection include glass plate and film negatives, cartes de visite, daguerreotypes, postcards, watercolour paintings, drawings and original prints. The 250 individual photograph albums the library holds are a lovely but sometimes trickier-to-stumble-upon part of the collection.

The photograph albums date from 1859 to the present day. Predictably, the subjects covered in the albums vary widely and include: tourist snaps, war time scenes, images of family, friends, animals, buildings, cities, landscapes, vehicles, forests, beaches, vessels, tangi/funerals, celebrations, parades, expeditions, council activities and royal visits. Some of the photograph albums have an entry on the Heritage Images database and only a selection of the images in the albums have been digitised. 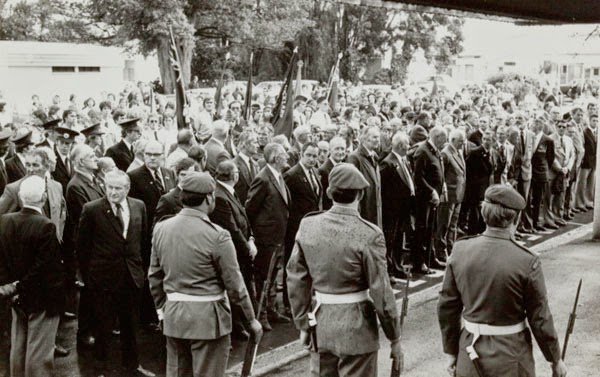 This year's Anzac Day takes on special significance with the start of the upcoming centenary of the First World War being marked in August.

The library also has a range of heritage images showing Anzac Day scenes over the years, such as services, parades, memorials and banners. You can search for these by using the keyword Anzac in the search box of  the heritage databases: Heritage Images, Local History Online and Footprints. We have put together a selection for you below and as you look through these, take a moment to remember all the servicemen and servicewomen who have served for their country.

NZ Herald up to 1945 now available on Papers Past

All of this wonderful content is now available and fully searchable through Papers Past, an online newspaper database run by the National Library. Papers Past contains more than 3 million pages of digitised New Zealand newspapers and periodicals from between 1839 and 1945, including 83 separate newspaper titles.

For the Auckland region, Papers Past now includes the archived issues of eight newspaper titles. The essential morning and evening papers are digitised up to 1945, with the New Zealand Herald starting in 1863 and the Auckland Star in 1870. The oldest title i…
Post a comment
Location: 44 Lorne Street, Auckland, 1010, New Zealand
Read more 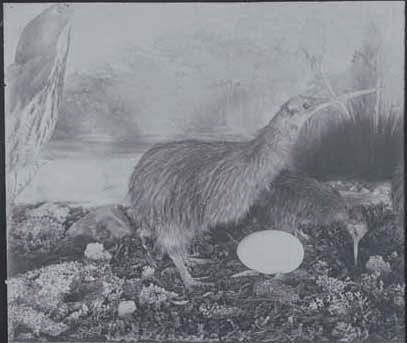 Although Easter still has religious significance for many people, for others it is an opportunity to have a holiday and enjoy the last few rays of  the Kiwi autumn before the long winter months set in. Events such as race meetings, day trips, tramps, horticultural shows and sports tournaments are often held over the Easter period. And of course there is the obligatory hot cross buns and Easter egg eating!

You can use the Ephemera Index to search for heritage related resources at Auckland Libraries such as information about Easter shows and Easter cards. The Manuscripts Online database has letters and other unpublished material relating to Easter. This includes a letter from Bishop Selwyn to Sir George Grey in 1883, in which he discusses grass seeds and advises Grey that he will be in Auckland over Easter (GLNZ S17.2). Simply enter Easter into the keyword search box of both databases and have a browse.

In the meantime, here is a selection for you to flick through in the meantime - best…
Post a comment
Location: 44 Lorne Street, Auckland, 1010, New Zealand
Read more 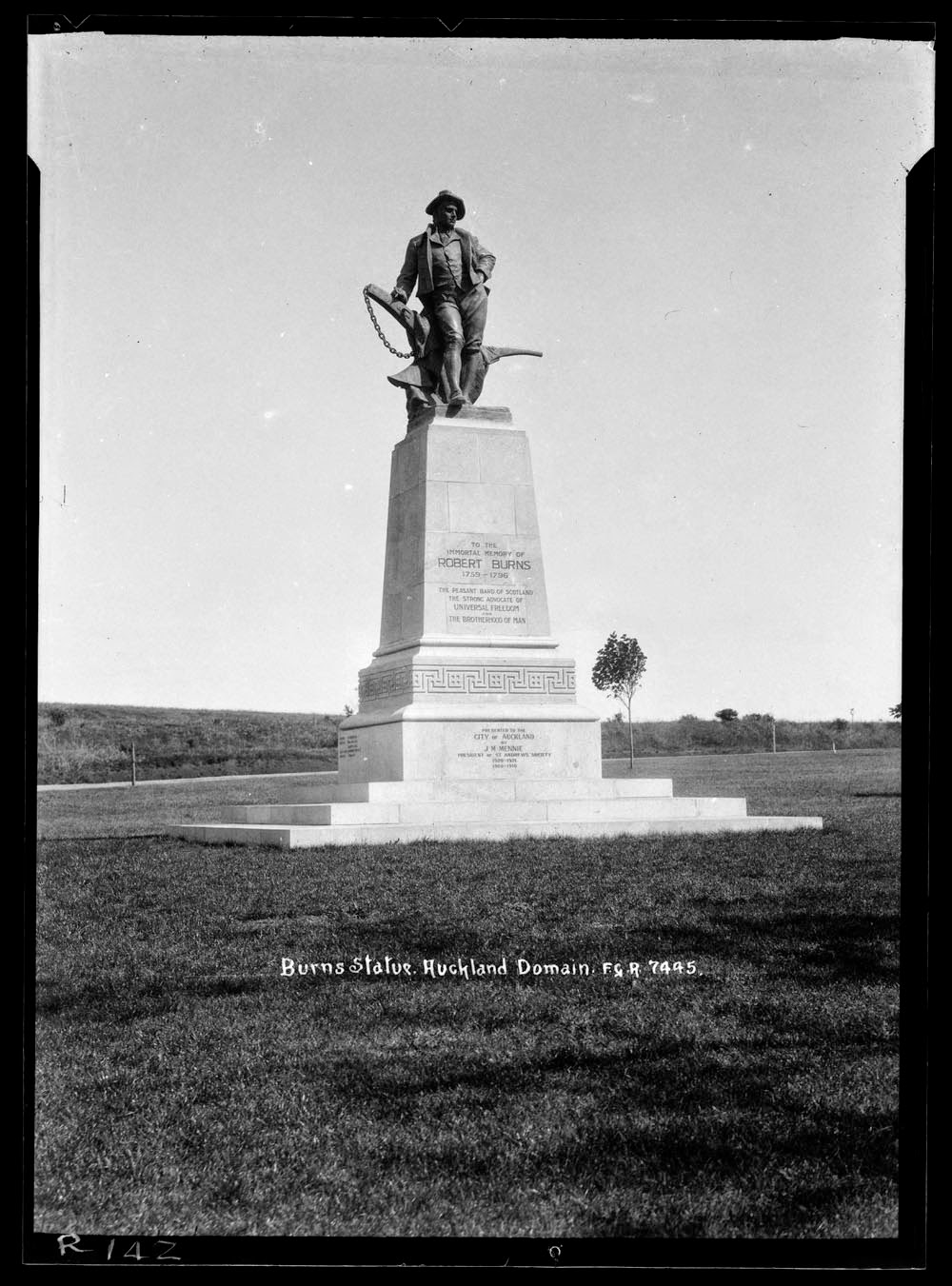 As posted earlier on Heritage et AL (see the post on 14th April), John Barr (Chief Librarian at Auckland Public Library 1913-1952) and his wife Jessie came to live in Auckland in the early 20th century. Like many immigrants they remained attached to their home country, Scotland, while also becoming increasingly engaged with the history, life and culture of their new home in Auckland. They were very active members of the Auckland St Andrews Society.

As secretary of the St Andrews Society in 1919, John Barr took care of many of the arrangements for the installation of J.M. Mennie’s gift to Auckland of a Robert Burns statue (ref: Auckland Star, 03 May 1919, p.11). The statue was installed and unveiled in Auckland Domain in 1921 (ref: New Zealand Herald, 5 November 1921, p. 8).

Jessie performed in the St Andrews Society production of “Bunty Pulls the Strings” in 1928. The play was written by a Scot - it depicted Scottish life 60 years previously, and had “humour and heart”. It was perform…
Post a comment
Location: 44 Lorne Street, Auckland, 1010, New Zealand
Read more

Saddled Up: A History of Horses 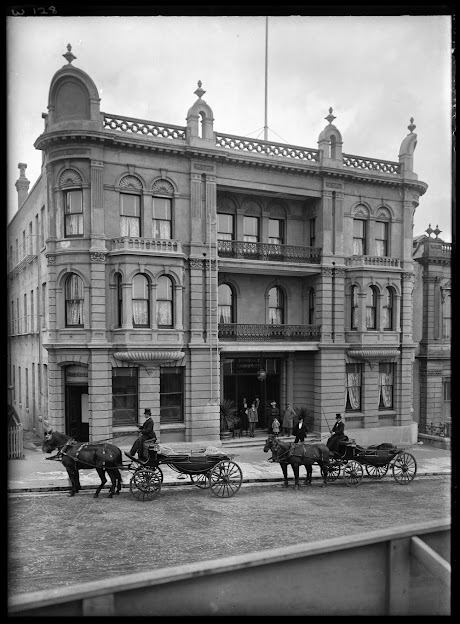 The horse has had a long history in NZ and were first introduced to NZ in the 19th century. European settlers relied heavily on horses to transport everything, not quite the kitchen sink but almost! Horses were essential for farming and were the main form of transport in both rural and city areas for European settlers and Māori.

The first iwi to have a horse was Ngā Puhi. They were given a mare, which was one of the first horses introduced into NZ. Horses were later traded with other iwi and used in the New Zealand Wars during the 1860s.

Whilst not native to NZ, the horse has adapted well to the environment. By the 1870s, there were feral herds in the central plateau in the North Island, which came to be referred to as the Kaimanawa horses.These 'wild' horses are associated with the Ngāti Tūwharetoa people, particularly the Ngāti Tama Whiti hapū. 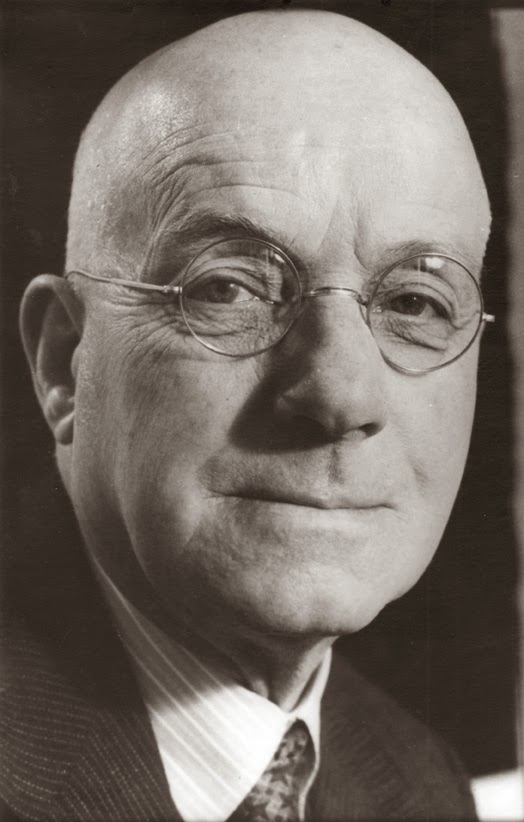 Often called “Jack”, he was born in Glasgow, the son of a tin smith. His mother, Rebecca (née Witherington), was a mill worker before she got married. She appears to have valued education, though may not have been very literate herself. Jack started working for the Mitchell Library in Glasgow when he was 13 or 14.

Jack is pictured below in this 1906 photo with fellow Mitchell Library cadet Abe Cunningham, in front of a statue donated to Glasgow by John Stewart Kennedy. Abe Cunningham later worked at the Auckland Public Library as a cataloguer.

My grandmother, Jessie Isabella Mary MacPherson (1889-1979) was born in Perthshire. She probably met John Barr whilst working at the Mitchell Library in Glasgow. 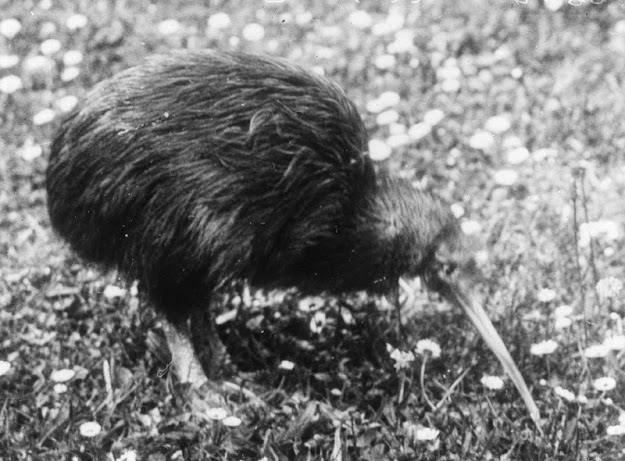 In a country without any native mammals, birds are an important part of the ecosystem.Take for example the endangered kiwi - NZ's national icon and unofficial national emblem. Efforts to save this unique bird in the Auckland region have seen their release in the Tawharanui Regional Park, NZ's first open sanctuary. The nickname 'Kiwis' was first applied to NZers during the First World War by Australian soldiers.

Other native birds such as tui and the slow breeding kākāpō are also an important part of what makes NZ unique. Our coastlines are rich with a vast array of sea birds - in fact NZ has the largest diversity of seabirds on its shores and islands than any other country in the world. Gannets fight for space in places like Muriwai and Hawke's Bay, whilst dotterels like to dart around in a most comical fashion along the mudflats and estuaries in places like Muriwai.

Although not native to NZ, chickens have had a long history in NZ, with the first chickens being br…
2 comments
Location: 44 Lorne Street, Auckland, 1010, New Zealand
Read more 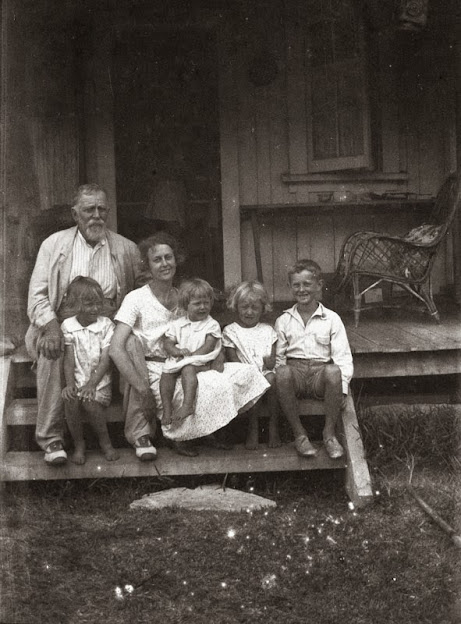 Whilst we are in a 'Kiwi as' frame of mind, its time to turn our attention to baches out West. As the summer fades, there are fond memories of times spent by the ocean enjoying a simpler way of life and bunking down in a basic bach each night.

Baches offer easy access to beautiful parts of coastal NZ and also remote inland parts of the country. Whether you are getting out and about amongst it all - taking in the sights, tramping and swimming or just plain relaxing, there is something for everyone. Initially starting off life as quite humble dwellings baches have been spruced up the years into far more luxurious affairs.

Want to find out more about Kiwi baches? Check out the Te Ara website. Get some inspiration from these heritage photos drawn from Auckland Libraries collections and plan your next escape from the city!

Time to catch up with the family:

Kiwi can do attitude 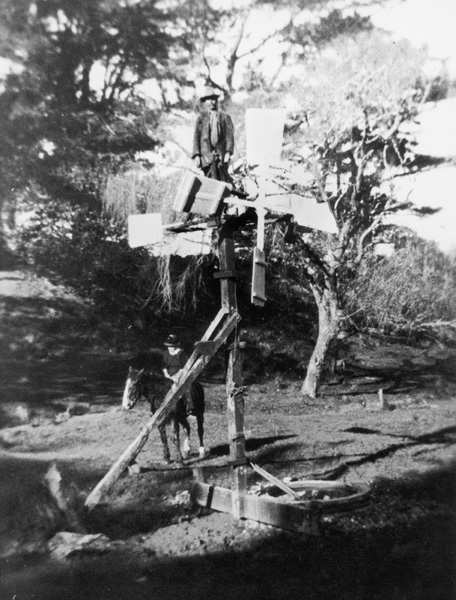 Can do attitude is in our Kiwi DNA. We are programmed to DIY, recycle, make do and innovate with very little. Being practical, economical, innovative and ‘handy’ is second nature.

A dip into our heritage collections here at Auckland Libraries has revealed a past studded with gems showcasing our 'make do' approach to things. Enjoy and, who knows, you might even pick up a few tips!

Hinemihi and other wharenui from the Rotorua area 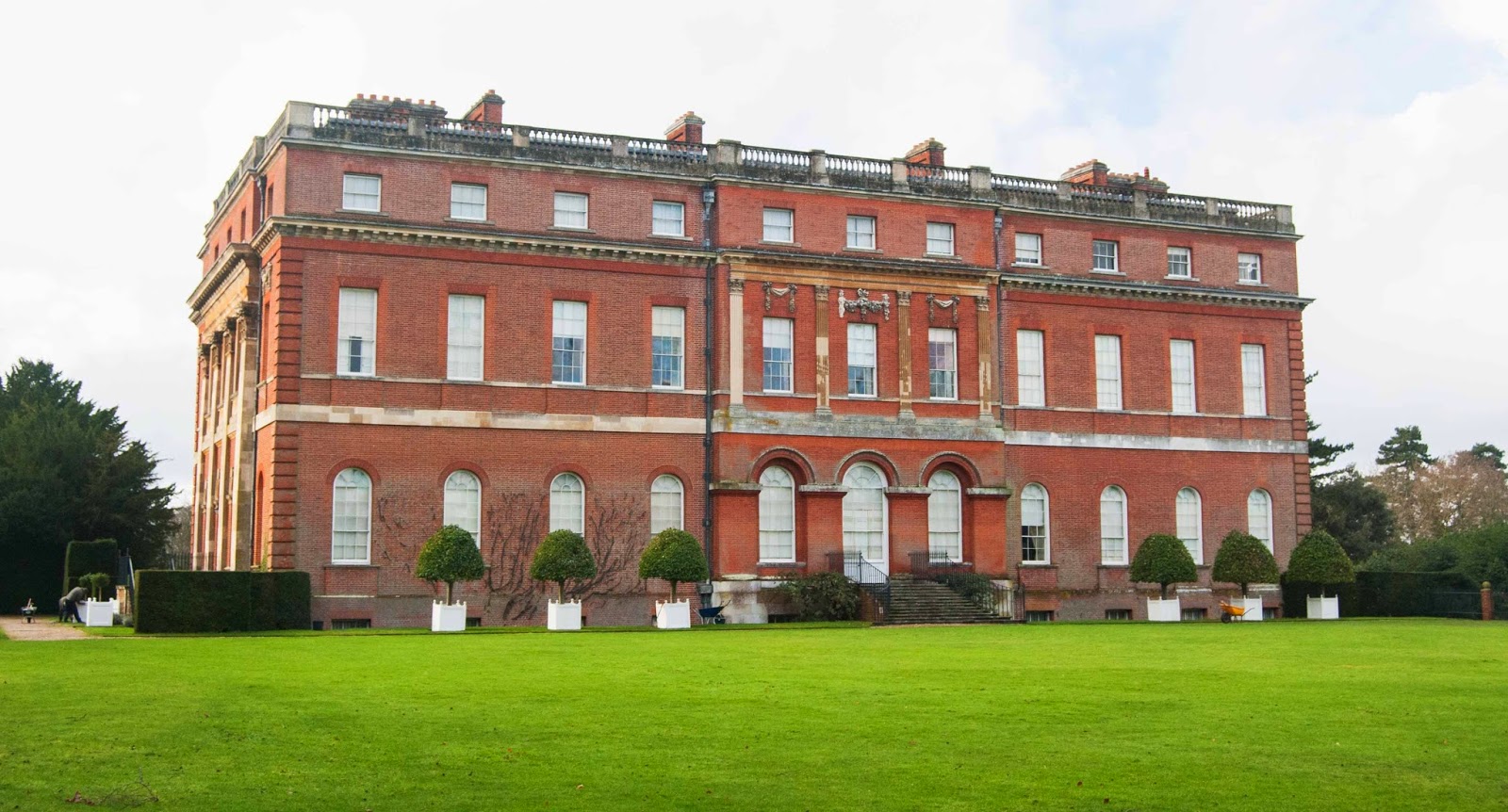 During a visit to England over the Christmas holidays, I was given access to Hinemihi, the wharenui (Māori meeting house) at Clandon Park in Guildford, Surrey. The whole complex is usually closed to the public at this time of year, so I was very lucky to be given special permission to see Hinemihi.

Clandon Park is an example of a Palladian mansion and was built by a Venetian architect for Lord Onslow in the 1720s. The house contains period interiors and impressive collections. Set in acres of stunning parkland, this mansion, which became National Trust property in 1956,  also contains a surprise. Located at the back of the house is a wharenui (Māori meeting house) from Aotearoa (New Zealand).

Hinemihi was built in1881 in Te Wairoa, Rotorua. The name of the wharenui comes from Ngāti Hinemihi's ancestress, Hinemihi. Aporo Wharekaniwha commissioned the carving and erection of this wharenui, which was undertaken by expert carvers, Wero Taroi and Tene Waitere. Unusually, instead of usin…
2 comments
Location: 44 Lorne Street, Auckland, 1010, New Zealand
Read more 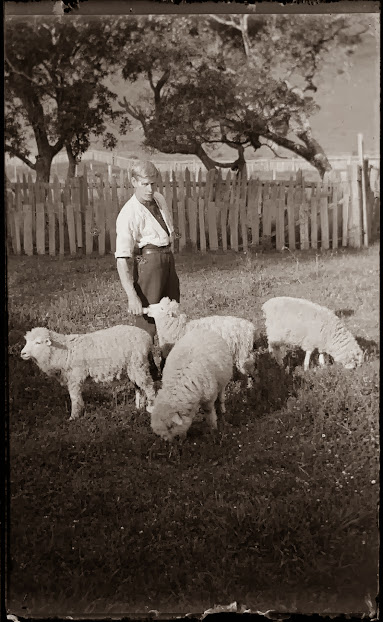 Sheep, the cornerstone of the agricultural industry in New Zealand since the 1850s and a very important part of the economy. Sheep have shaped the farming environment throughout the country and spawned many a joke. Where would we be without New Zealand lamb and merino clothing?

When refrigeration on ships became available in 1882, meat was able to be shipped around the world, including to Britain, and the industry flourished. The population peaked in 1982 at 70 million but has steadily reduced over the years as other industries have come to the fore such as dairy farming and the timber industry. With around 40 million sheep, that is still a whopping 10 sheep per person. Over half the sheep in New Zealand are Romney, which is an English breed used for both meat and wool.

What to find out more? Te Ara has a great section on sheep farming and its importance. Now you are all set to wander through the sheep of yesteryear, drawn from the heritage collections at Auckland Libraries, enjoy!