By AkL - May 03, 2018
“Plans were laid and one sunny morning we set off to walk to the top. It is quite a climb to the summit and we were puffed and glad to sit down for a bit and have a look round at the view. From our school down below, the mount doesn’t look very exciting but from here the city lay spread out on every side making a patchwork of coloured roofs, and the waters of the Waitemata Habour to the north really do sparkle… Standing here with Auckland at our feet we felt like kings of the castle.”


The nature study 'Life on an extinct volcano' provides the background research information for the final project report 'Owairaka Domain: An area study'. The main aim of this project was to carry out an area study involving four classes from Standards 3 and 4, under the supervision of teachers Mr Hopkins (Natural Science), Mr Glynn (Social Studies), Mr Lynch (Language), and Mrs MacLeod (Arithmetic).

Mt Roskill Primary School was established in 1951, within an area of newly built state housing in the suburb. Nestled in the foothills of Mount Albert and the Owairaka Domain, the school was within reasonable distance of the mountain, perfect for school trips.

From their scientific investigations, the pupils were charged with providing the content for the reports.


Once on the mountain, children recorded weather observations using a compass, anemometer, thermometer and wind indicator... 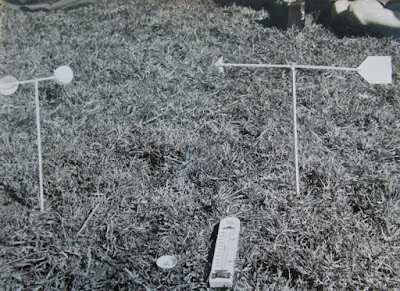 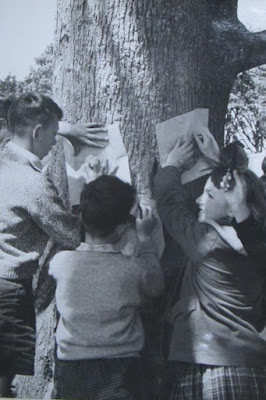 ... and clambered over rocks to peer at lichen. 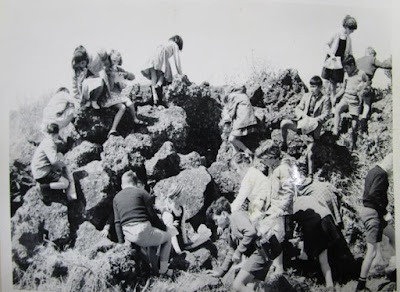 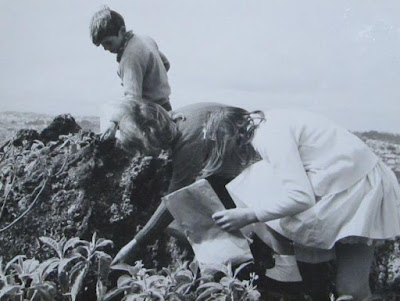 ...and found weta, skinks, ants, spiders, slater and snails during the insect hunt. 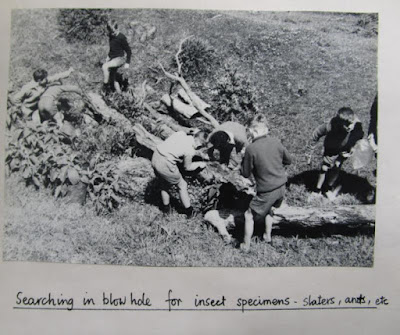 Back in the classroom a terrarium was set up to house the insects collected for observation... 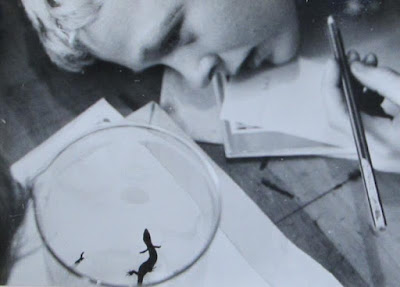 ...and clay models of volcanoes were made. 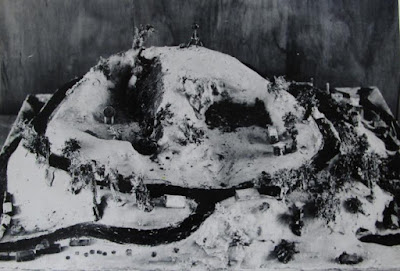 “In the centre we made a deep crater and formed tiny tunnels from the centre out to the side. These were to be the fissures. Our teacher provided chemical which we placed in the hole in the centre, and a strip of magnesium ribbon acted as a fuse.”

The first attempt at an eruption met with mixed results... 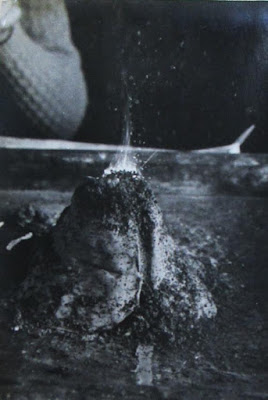 The next attempt was different...

“Tyrone has added some more chemical powder. The volcano erupts again, and this time a fissure in the side glows and material is pushed out by the force of the burning chemicals inside." 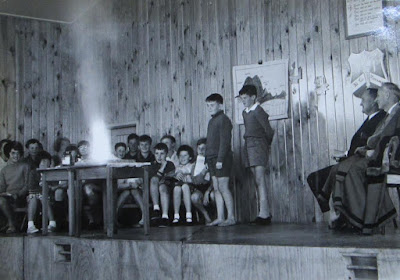 The results of the study were formally presented to the mayor of Mt Albert, Mr Turner (seated at far right) in the school hall and a display of the work was set up for inspection.

Near the end of the 'Owairaka Domain: An area study report' it is noted that “The children’s enjoyment could be summed up by one child’s remark as she set out on a lichen hunt up the mountain. “What a lovely way to spend a birthday!”