By ro - July 03, 2019
When I first came across this photograph from the Auckland Libraries heritage photograph collection I was mesmerised by the uniform yet complex and almost translucent pattern veiling the entire image. Shot from a landing above a stairwell, with a garden just visible through the large gridded window, the subject looks up resolutely towards the camera through what feels like a web of different physical and temporal spaces.


Auckland Libraries Principal Photographs Curator Keith Giles explained that this net-like pattern  - termed “channelling” - is caused by the contraction and deterioration of the cellulose layer in acetate film negatives. This degradation is usually the result of a process commonly known as vinegar syndrome (due to the strong vinegar-like odour) which occurs when the acetate ion reacts with moisture, signalling that ascetic acid has formed. While the issue is unavoidable with acetate film, preventative measures such as cool storage, acid free enclosures and stable relative humidity can significantly slow the process.


From the warping on the negative a loose web is cast over this portrait of Dame Kiri Te Kanawa, taken by Clifton Firth in 1962. You can see the state of the negative in the photo below. 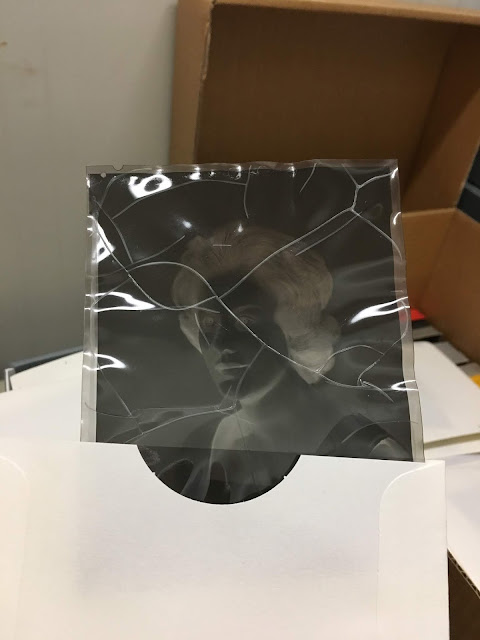 Channelling is frequently referred to as the final stage of acetate negative deterioration however this is not really the case. If the process can be slowed by adjusting moisture and temperature conditions, such as by housing in a cool store, acid free envelopes and stable relative humidity, undamaged pellicles (the layer of emulsion containing the image) can be recovered. In the 1980s a technique was developed by Doug Munson whereby the pellicle can be separated from the deteriorated acetate film base through a process of dissolving away the cellulose support. Stripped of its warped base, the film becomes a floppy, flimsy layer of emulsion which nevertheless retains an image and can then be used with other forms of support (such as between sheets of Mylar) as a duplicate negative. However, once the acetate base becomes brittle and starts to break into pieces, the pellicle can also crack, which results in a higher chance of bits of the pellicle getting lost or destroyed.


Thick lines form a scale-like pattern over this image of the Telemachus submarine, giving it a kind of ominous fish skin. In the next photo, the channelling could be an imaginary storm with lightning striking the submarine in the harbour while sailors huddle together looking out towards it on the equally perilous ship closer to shore.

In this next example, it is almost as though the channelling effect mirrors what is being depicted in the image – angular cranes on the harbour awkwardly jutting skyward.


Giles estimates that Auckland Libraries photographic collection contains approximately 2 million negatives including acetate and glass plate. This includes donations such as the recently acquired Charles Peet Dawes Collection (currently featuring in an exhibition at Tāmaki Pātaka Kōrero | Central City Library until 18 August 2019) and the New Zealand Herald Glass Plate collection, both of which have been meticulously cleaned, digitised and described. Around 5% (10,000) of these negatives are being kept in a cool storage space (at a temperature of between 2 and 5 degrees). While not all items kept in the cool store are damaged, temperature-controlled conditions decrease the rate of any deterioration.

Auckland Libraries Conservator (photographs) Gabrielle Hillebrandt, who coordinated the cleaning of both the Dawes and New Zealand Herald collections, has had experience recovering acetate negatives at The National Library of New Zealand Te Puna Mātauranga o Aotearoa. She notes that preservation is the all-important first step when it comes to handling photographic objects of this kind. While the recovery of deteriorated negatives is possible, it is a costly and time-consuming process. 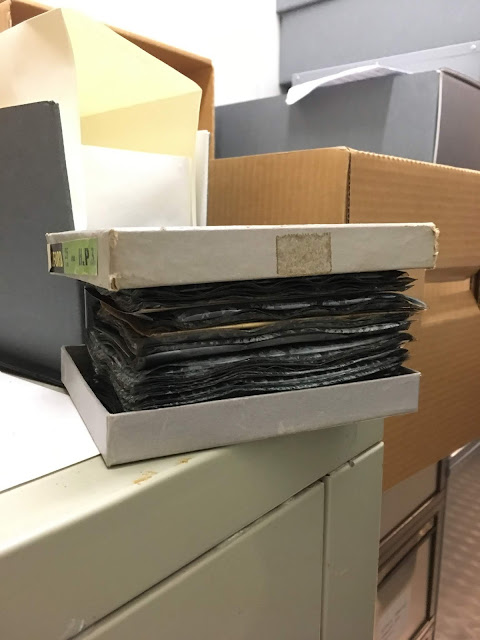 This box would have been able to close when the acetate negatives were in original condition. Due to deterioration over time, they have swelled to around four times their volume. (This object has been preserved as an example– all individual negatives are stored in acid free enclosures). 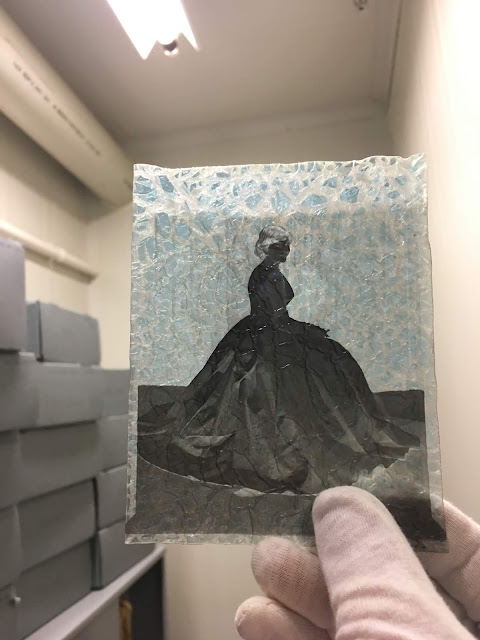 The expertise needed to preserve and gain meaning from these unique items is vast and requires constant innovation. As the digitised photographs show, degraded and/or distorted negatives can still produce valuable images which are constantly subject to change. Not only are the details still clearly visible, I have found that the effect of channelling literally adds another layer to the image; an organic yet mysteriously unifying Photoshop-type effect. These disruptions highlight the negatives' physical material form, distinctively showing marks of their fluctuating environments, and a reminder of their fundamentally transformational nature.

Crazy cameramen and profligate photographers (Recorded on 12 September 2018)
In this HeritageTalk, Auckland Libraries’ Principal Photographs Librarian, Keith Giles, takes a look at some of the country’s early photographers who had to struggle not only with limiting technology and frequent bankruptcy but also with love and death.