Showing posts from November, 2020
Show All

A tale of three kete and a puhi ariki 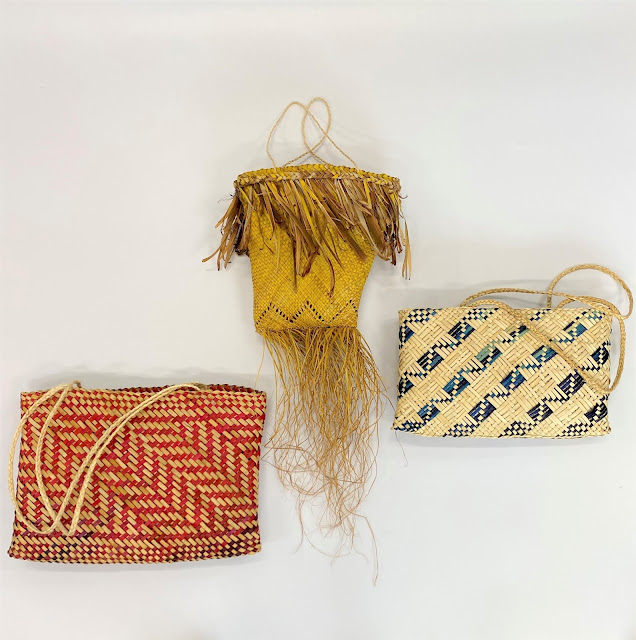 Image: Three kete, 2020. Three beautiful kete by kairaranga Muna Lee (Te Ati Awa, Taranaki Tuturu) have been welcomed into the Angela Morton Room Te Pātaka Toi Art Library. These taonga, inspired by early Māori association with Takapuna, grew from an earlier commission where Muna wove a replacement puhi ariki for the two metre long waka taua which rests in the Room. Image: Paul Estcourt. Courtesy of New Zealand Herald archive, 3 August 2010, New Zealand Herald. The waka taua (war canoe) was carved by four inmates of Auckland Prison at Paremoremo as part of an exhibition and charity auction held at Mairangi Arts Centre in 2010. It was made from 30,000 year old kauri and tōtara wood recovered from a swamp during the building of Ngawha Prison. The auction of prisoner’s work raised $7495 for their nominated charity Victim Support. Over 80 items were shown including paintings and carved patu, wall panels and walking sticks. The North Shore City Council bought the waka taua for display in l
Post a comment
Read more

Songs in the parlour: Victorian illustrated sheet music covers from the Bellingham papers 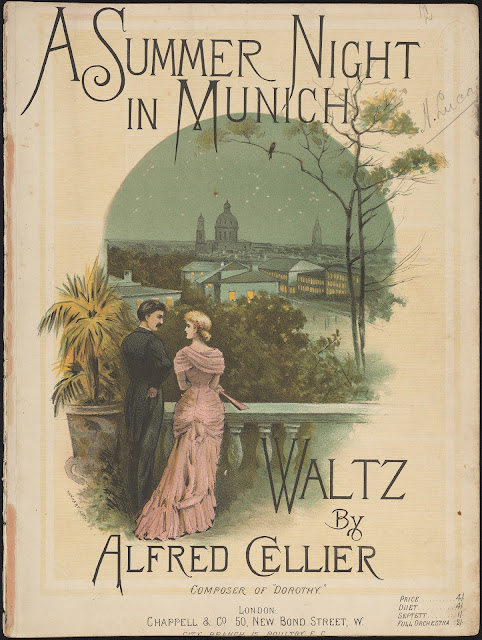 Over the past year I have revelled in exploring an extraordinary collection of illustrated sheet music donated in 1990 to Auckland Libraries by Mr John Bellingham, an enthusiastic life-long collector. The sheet music lies within the context of his larger collection focussing on theatre, ballet and music in New Zealand, from the late 1800s till the early 2000s. The Bellingham collection includes programmes, scrapbooks, photographs, publicity postcards from visiting artists, books, theatre journals and even a few recordings. Victorian illustrated sheet music covers provide a surprising window into a by-gone era. They document experiments in typography and lithography that were bold and creative. New technologies at the time enabled sheet music to be used as a means of mass communication for a growing middle class. The songs themselves can also be interpreted as a social comment of the times. What surprised and delighted me was how comprehensive the sheet music collection is in its depth
Post a comment
Read more
More posts