Showing posts from December, 2012
Show All

End of the Golden Weather

At 10am on Christmas Day at the Takapuna Beach Reserve, there will be a free presentation of a scene from Bruce Mason’s play entitled 'End of the Golden Weather'.

The scene which will be enacted, is set in the 1930’s on Takapuna Beach (Te Parenga in the play) on Christmas Eve and Christmas Day.  The work captures the feeling of a semi-rural, laid back Takapuna in the 1930s, when it was still a village.

Bruce Mason spent his formative years in Takapuna and he attended Belmont School and Takapuna Grammar. 'End of the Golden Weather' was based nostalgically on his Takapuna childhood.  It covers the excitement of small boys anticipating Christmas and the show they present for their parents and relations on Christmas Eve. The main character, Geoff Crome, is 12 years old and against his father’s warning he befriends the strange Firpo, helping him train for a run on the beach.

Digitisation of the Radio Times

By NB - December 21, 2012
The BBC has finished digitising the programme listings from 4,500 old copies of the 'Radio Times' magazine, covering the period of the first issue in 1923 through to 2009.

Entitled the Genome project, the BBC has said that each it its programmes are like "tiny pieces of BBC DNA" that will form a "data spine" once reassembled.

To the Ends of the Earth exhibition

The exhibition features a selection of some of the most rare and exquisite holdings from the library's Rare Books and Fine Printing Collection. This includes a manuscript Bible from the 13th century, an illuminated Psalter and Book of Hours from the 15th century, stunning handmade bookbindings, and more.
﻿
﻿The exhibition also celebrates the story of Old World bibles in New Zealand, and the development of the Turnbull's Rare Book holdings.

Accompanying the exhibition is a wide range of public programmes, including poetry readings and public talks. Workshops let you get creative and try your  hand at illuminated lettering and writing with a quill pen. Book in for these events quickly!
Post a Comment
Location: 44 Lorne St, Auckland, 1010, New Zealand
Read more

By NB - December 19, 2012
The Colenso Project is a collaboration between The Colenso Society, Victoria University of Wellington and Hawke’s Bay Museum & Art Gallery.

The intent of the project is to ignite public and academic interest in William Colenso’s words - published, unpublished, private letters and journals – both in Māori and English, by sharing  them with the world in digital form.

By NB - December 18, 2012
'Flowers, Fruit and Foliage', the latest exhibition from the Sir George Grey Special Collections has opened. The exhibition features botanical illustrations from the collections and runs from 29 November 2012 to 17 March 2013 at the Central City Library, 44 Lorne Street, Level 2.

While pictures of plants in books are often produced as a practical guide for identifying useful, or common, or newly discovered species, the resulting illustrations can be beautiful works of art in their own right. The books in this exhibition were all chosen for their illustrations and date from 1578 through the great age of botanical illustration in the 18th and 19th century, to the wood engravings of the 1930s.

The earliest book on display is a herbal printed in 1578, but there are many beautiful hand-coloured engravings from the 18th century, and very rich colour printed illustrations from the 19th.
﻿

﻿The archives cover civilians detained in Nazi concentration or labour camps and people who had to flee their homes because of World War II. They house over 50 million card files relating to more than 17.5 million civilians persecuted by the Nazis.

By NB - December 14, 2012
Sarah Burns from ESEM Projects / Sitelines Media spoke at the recent National Digital Forum (NDF) conference about the 'Last drinks: One More Round At The Australia Hotel' project, which she had worked on.

This video and sound installation project, was part of the City of Sydney’s 11th annual 'Art & About Festival', which ran from 21 September to 21 October 2012. A series of night time installations also took place and were intended to re-inscribe the hidden history of the precinct back onto the buildings and laneways, enabling memories of sophistication and style to collide with the present day. The website itself is a great resource with information about the Australia Hotel and Community Stories.

Take another look at community newsletters ... 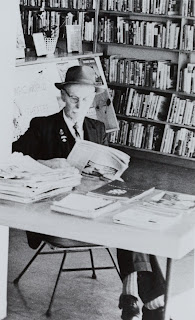 If you're looking for information on events in your area in the recent past you'll probably turn to your local newspaper. Suburban newspapers such as the Howick & Pakuranga Times, Eastern Courier, Manukau Courier, Papakura Courier and Post (Waiuku) can be invaluable sources of local news. However, these newspapers each cover quite a wide area and may not have quite the level of detail you want. In some areas, community groups also publish monthly or quarterly newsletters, which include a different range of views.

One of the longest-lived examples of this type of newsletter is the Whitford Turanga Newsreel. This began publication as the Turanga Newsreel in 1947 and has come out unfailingly with 11 issues per year full of Whitford news ever since. A complete set is held at South Auckland Research Centre.
﻿
Similar titles include the Informer (Hunua), Kaiaua Compass, Karaka Chronicle, Peninsularama (Manukau Peninsula), and Weymouth News. Check the Auckland Libraries catalogue fo…
Post a Comment
Location: 44 Lorne St, Auckland, 1010, New Zealand
Read more 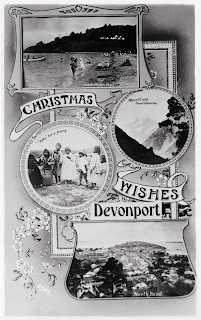 ﻿Having trouble thinking of what to buy friends and loved ones? Starting to get a bit panicky about what to get? Beattie's Book Blog and the New Zealand Herald have some great books ideas including History, Biographies and Memoirs. And if you fancy getting crafty, you can create your own Family History book as gift for family members.

A Kiwi Christmas is something special and New Zealand History Online Nga korero a ipurangi o Aotearoa have put together some great resources about this festive time of year. This includes the history behind the day off on Christmas Day - did you know that it wasn't always a public holiday?

By NB - December 11, 2012
The Cultural Property (Protection in Armed Conflict) Bill has been recently passed by the House. The bill covers New Zealand’s international obligations to protect cultural property during war from destruction such as vandalism or theft.

“This bill reinforces New Zealand’s role as a good international citizen by fully joining us up to the system of international measures to dissuade would-be traffickers of stolen cultural goods,” Mr Finlayson said. It also strengthens the current practices of our armed services personnel overseas.

9 December 2012 marks one hundred years since the birth of baby Denis in Dunedin.  The Dictionary of NZ Biography fills in the essential story giving him the byline of, “poet, journalist, typographer, publisher and naval officer” – sometimes all at once and never quietly. Whilst Sarah Schieff's biographical article on Glover from Kōtare 2008 introduces Glover as "wit, war hero, boxer, sailor and legendary drinker".

Denis was a prodigy – a fluent reader at the age of six. He moved up the country to New Plymouth, then Auckland – where he spent some years at Auckland Grammar School, before heading south again to Christ’s College and later Canterbury University.

Recordings of the 28th Māori Battalion are now online

By NB - December 07, 2012
Personal Christmas messages made 70 years ago by wounded Māori troops in North Africa, have gone onto the 28th Māori Battalion website. The recordings were made on acetate discs during the 1940s by the National Broadcasting Service, now Radio New Zealand Te Reo Irirangi O Aotearoa.
The National Broadcasting Service had a mobile recording unit which travelled overseas with the 2nd New Zealand Expeditionary Force.  The mobile studios were installed into Bedford truck and travelled around the deserts of North Africa and on through Italy with New Zealand forces.

These precious taonga are cared for by the Sound Archives Ngā Taonga Kōrero, which is a repository for archival photos, film and audio of the Battalion.

By NB - December 06, 2012
Sandy Storyline is a participatory documentary about Hurricane Sandy and efforts to recover and rebuild neighbourhoods.

The team behind the project are also working with lots of artists, media makers and audio story tellers to collect stories in sound, photographs, and written stories. Plus they are setting up workshops geared towards youth empowerment and leadership development through storytelling.

By NB - December 05, 2012
The “Filmland Neuseeland” programme was presented at the Deutsches Filmmuseum in Frankfurt this October, as part of the cultural activities accompanying New Zealand’s Guest of Honour role at the Frankfurt Book Fair (see blog post 27 August 2012).

The Film Archive are sharing this sample of our nation’s film history with New Zealand audiences and there are screening schedules listed at the end of this post.
﻿
﻿The selection covers New Zealand film from the early silent period up to the turn of the 20th century. It includes a mix of features, documentaries, short films and illustrates the emergence of a distinctive style of film making and storytelling.

By NB - December 04, 2012
Here at Auckland Libraries, several new and shiny online heritage databases have just been released! They include:

Armed Constabulary and Militia - which contains information about constables in the Armed Constabulary. It covers the period from 1867-1871, and lists 3,281 names, including members of the Native Constabulary. Find out more.Bush index - is made up of three indexes, which were compiled by researchers working for the author Dr. G.W.A. Bush. Find out more.
There are a wealth of other online heritage resources, which you can find out more about.
Post a Comment
Location: 44 Lorne St, Auckland, 1010, New Zealand
Read more 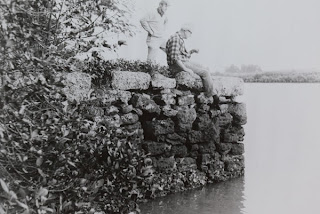 Heritage Asset of the Week from Auckland Council is a ‘cryers’ for help. It is not my intention to keep highlighting council heritage assets in distress but Cryers or Allens Wharf is a small, historic stone wharf facing an uncertain future.

Dating from c.1890, it was originally known as Allens Wharf and from 1898 as Cryers Wharf after adjoining landowners. Used by the local community to ship farm produce by scow, it is now a regionally rare example of the many small wharves and jetties that served local communities and farm properties until the early 20th century.