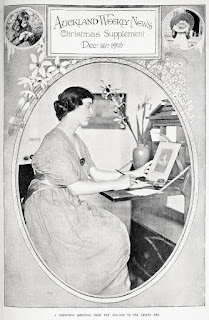 Ref: Auckland Weekly News, A Christmas greeting from New Zealand to the absent one, 16 December 1915, Sir George Grey Special Collections, Auckland Libraries, AWNS-19151216-35-1.
The photographs now have captions written in upper and lower case, whereas before the captions were completely capitalised. Each photograph now has a fuller description and also relevant subject headings corresponding with classifications from the Library of Congress Thesaurus for Graphic Materials.

The photos cover that period’s social, political and military history from a New Zealand perspective. While there is obviously a national emphasis, most photos reflect this country’s involvement with international events in an important period of New Zealand’s history. The aim of the project is to help historical researchers use the Heritage Images database in a number of ways.

For example, if they are interested in the 10 September 1914 White Island eruption they could do a simple search for ‘White Island’. However they can now do an advanced search in the subject field for “White Island” “volcanic eruptions” because these are both subject headings. For example, this brings up the following photo: 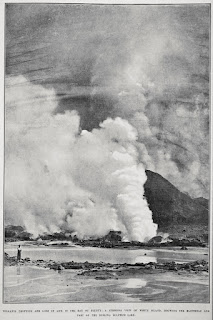 ... plus 16 other photos of the volcanic eruption at White Island.

Social historians might be interested in the opening of the Panama-Pacific International Exposition in San Francisco on 20 February 1915. The easiest way to find five photos is to do an advanced search using ‘1915’ in the year field, ‘Auckland Weekly News’ in the Photographer/Publisher field, ‘Exhibitions’ in the subject field and ‘Panama Pacific’ in the captions field. The following photo shows New Zealand’s pavilion at the event: 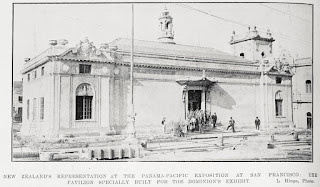 Other events that might interest social historians are visits by personalities like Peter Dawson, the Australian baritone. He can be found by entering ‘Peter Dawson’ in the captions field and ‘singers’ in the subjects field in advanced search. Here he is: 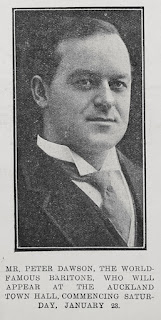 Another celebrity visiting New Zealand in early 1915 was the Hawaiian swimmer and surfer Duke Paoa Kahanamoku. He can be found by doing an advanced search and entering ‘Duke Kahanamoku’ in the captions or subjects fields. There are five Auckland Weekly News photographs of Duke Kahanamoku including this one: 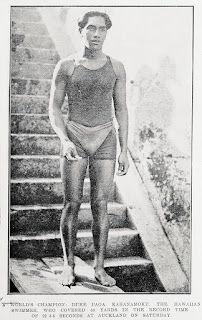 New Zealand political cartoons by Trevor Lloyd and others can be found in an advanced search by entering ‘1914:1915’ in the year field and ‘cartoons’ in the subject field. This retrieves 136 cartoons for 1914 and 1915. Search through the results for New Zealand examples like these: 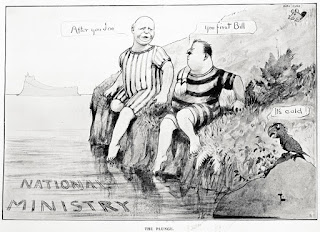 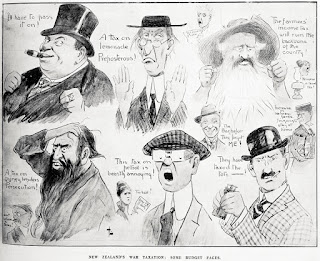 The Auckland Weekly News photographs also include many images dealing with the military history of the period and New Zealand’s role in it. For example information on New Zealand’s early battle against the Turks at Ismailia on the Suez Canal is best found in advanced search by entering ‘Suez Canal’ in the subject field and ‘1915’ in the year field. This retrieves 14 photographs including this one: 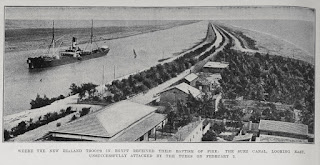 The easiest way to locate a serviceman is to enter their surname and forenames in the advanced search’s subject field. If only the surname is known enter the serviceman’s rank then surname in the captions field. Here are a couple of random examples: 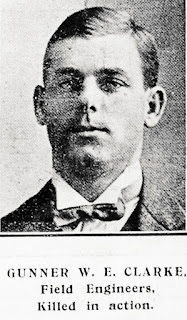 The photograph’s captions usefully give the serviceman’s rank and unit. In some cases it is advisable to check this information with other sources such as the Cenotaph Database or Archway. 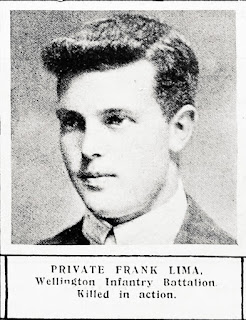 Most Roll of Honour photos are of the soldiers in military uniform but these two examples show that many photos are of the men in civilian clothes. Some are in merchant service uniforms, police or scoutmasters’ uniforms or even rugby jerseys. This detail might be of interest to fashion historians. It is interesting to look at the different fashion styles shown through the Roll of Honour. It seems men’s fashion was in transition from stodgy Victorian dark suits and winged-collars to modern lounge suits which probably started to appear during the Edwardian era. Mr Lima’s hairstyle also indicates changes in fashion.

If researchers need any more help in formulating their search criteria to interrogate the Auckland Weekly News photographs they can find some useful tips in the help screen on the Heritage Images advanced search page.