Showing posts from March, 2016
Show All

From raspberry cordial to the ‘green flash’ 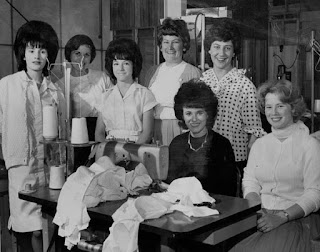 Ref: Happy staff at Hurley Bendon, Papatoetoe, 1964, photograph reproduced courtesy of Fairfax Media, South Auckland Research Centre, Auckland Libraries, Footprints 00071.
I was looking through the new publicationReal modern : everyday New Zealand in the 1950s and 1960s when I saw the tea towel.
Memories came flooding back. My sister and I trapped in the small space of the dark décor in our 1970s kitchen. Doing the dishes. Who gets to dry? Who has to wash? Who decides?
In 2013 our family moved into a house with no dishwasher. Great, I thought, now my teenagers can get to lead real lives, they will have to do the dishes. They will have to interact with their parents in a new and inventive way; they will have to talk to each other.
Ref: Souvenir tea towel of Mt Egmont (Mt Taranaki), c.1960, Maylin, Ireland, gift of Angela Lassig 2010. Image reproduced courtesy of Te Papa Press.
Post a comment
Read more 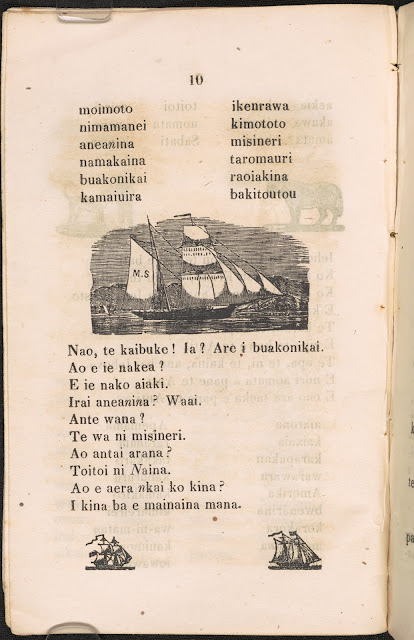 Auckland Libraries holds some of the earliest printed materials in the Kiribati language, which was formerly known as Gilbertese. These translations are by Hiram Bingham II, who was the first person to translate the Bible into Kiribati, his wife Mrs. M. Clarissa Brewster Bingham, Hawaiian missionaries and Kiribati students.
The library holds a number of these publications dating from 1860 onwards, which were acquired by Sir George Grey due to his interests in indigenous languages and philology.
Hiram Bingham II and Clarissa went to Kiribati on the Morning Star, which was funded by 10 cent contributions from children across the United States. You can read Bingham II’s Story of the Morning Starvia the Internet Archive.
In addition to using religious texts as colonial tools, the missionaries in the Pacific also produced primers of grammar and arithmetic. The earliest publication we hold in Kiribati is Te Boki ni wareware, a Gilbert Island primer, also containing hymns compiled by Bingh…
Post a comment
Read more

Did Nana or Grandad serve as a British Red Cross volunteer in WWI? 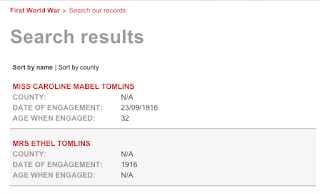 One of the websites I receive a newsletter from is Lost Cousins run by Peter Calver in the UK.

While I don’t subscribe to his site I get the newsletter as I find this really useful in that he often announces when discounts are available for various sites or advises how to get more bang for your buck, informs of books of interest and of course events etc relating to the genealogical world.

In his newsletter of 8 February 2016 he has provided a link to the database of Red Cross volunteers WWI (currently A-V; the rest is still to come).

This is a wonderful database.  You enter either a full name or just a surname, there is also provision for including location/hospitals and role/duties.  Once you have entered the details you get a list of results (or not).  The image below is what the results look like (I have cropped other information out).

Over the past few weeks the Central City Library has been host to two talks in a series of events to mark the 400th anniversary of Shakespeare’s death in 1616, with two more events scheduled. In conjunction with the Pop-up Globe we have had some outstanding speakers who have brought a range of perspectives and expertise to these events.

For those who have missed it, the first talk, Shakespeare from page to stage, has been uploaded to the Auckland Libraries YouTube channel. See Miles Gregory, Artistic Director of Pop-up Globe and director of Twelfth night, Professor Tom Bishop from the University of Auckland and Ben Naylor, director of Romeo and Juliet in conversation with Auckland Libraries’ own Iain Sharp.

Fifty year wait for the loo 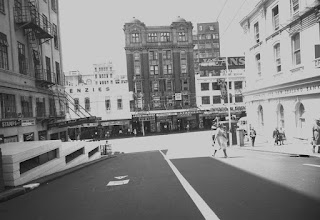 Auckland’s first Council-funded toilet was built for men on Queen Street wharf in 1863. However, the first Council-funded women’s facilities did not open until 1915 - after women’s groups and the district health officer had spent many years agitating for them. Prior to the Wyndham Street loos opening, women relied on toilets at the public library, railway station, ferry company and stores – who lavishly advertised these sought-after conveniences. The Strand Café offered “beautifully fitted ladies’ lavatories”, and Smith and Caughey “cordially invited” ladies “to make free use of our up-to-date writing and retiring rooms and lavatories.”
Ref: Auckland City Council, Looking down Wyndham Street to Queen Street, 25 February 1964, Sir George Grey Special Collections, Auckland Libraries, 580-9610.
1 comment
Read more

The works of Geoffrey Chaucer 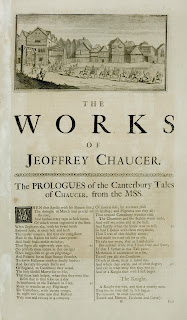 Amongst the works of literature that Sir George Grey donated to the library is this interesting volume of Geoffrey Chaucer’s works printed for Bernard Lintot in London in 1721:
The works of Geoffrey Chaucer : comparedwith the former editions, and many valuable mss. out of which, three tales areadded which were never before printed / by John Urry, student of Christ-Church, Oxon. deceased ; together with a glossary, by a student of the same college. To the whole is prefixed the author's life, newly written, and a preface, giving an account of this edition.
Although it has become known as the Urry Chaucer, after the initial editor John Urry, at least 5 men contributed to the final product. The work was left unfinished at Urry's death in 1715, and the final revision and completion were entrusted to Timothy Thomas who wrote the preface and glossary. Thomas was aided in this task by his brother William. The volume also contains a biography of Chaucer attributed to John Dart.