By AkL - May 07, 2021
A corner of the upper basement at the Central City Library is home to a substantial part of Auckland Libraries’ extensive sheet music collection. At any one time the mechanical tick of the lights on timers, the thrum of air conditioning units, thud of escalators from floors above, or the slow rattle of movable shelving creates a veritable symphony.
In addition to the section on the first floor, a significant portion of the music score collection, stored in the Central City Library’s upper basement, is available by request through the catalogue or by talking to a librarian.

My interest in is in the way the collection’s materiality, particularly the captivating cover designs and library markings, give expression to a unique, specialized yet accessible library resource.  As a collection of books with a distinctive purpose, the covers are a vehicle for overt aesthetic expression, whether through illustration, typography, patterns, graphics, or photography.

As well as showing changing trends in graphic design, these scores tell unique stories which tend to get lost in more frequently updated or generalised collections.

For example, multiple strikingly bound volumes stood out amongst the other spines on the shelves. On closer inspection these distinctive covers, whilst neither uniform nor consistent, were all published around the same time (1970s) and had a similarly aged look covered with patterned, decorative paper. After talking with Auckland Libraries Senior Music Librarian, Marilyn Portman, and Senior Conservation Bookbinder, Tony Owen, about their history, I learnt that they were not bound in-house but were from UK based music publisher Cramer Music Limited. Peter Maxwell, with whom I corresponded from Cramer Music, remembers these distinctive covers from when he first started at the company back in the 1970s:

“Yes indeed, we remember the old, patterned covers. In the main these covers were used to have particular collections bound up until published collections became available. […] Also patterned covers were used for published works where the original covers had to be kept because of printing on the reverse – it was also a cheaper alternative to cloth binding which is more generally used for chamber music binding.

The paper used would simply have been whatever the binders had got from their paper merchants at the time. I regret neither us nor the factory would have details on that now. Some papers selected were quite striking but a mixed bag for which we had no input in choice. These volumes were part of my job when I joined the company back in the 70’s handling all the binding requirements for libraries, a full-time job back then! We used to keep a limited stock of these. All change now of course and much better to have real collected editions from publishers. Apart from being library suppliers we are publishers and there has been a lot of change with range of papers available with paper mills closing and particular lines being discontinued which was a great shame.” 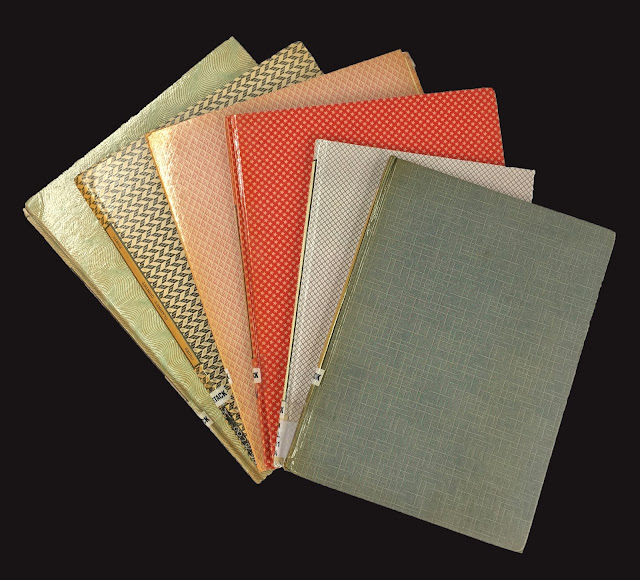 Other details, such as the hand-lettering on folders or paper covers, highlight practices which no longer take place. For example, who at the library was responsible for the calligraphy on the cover of items from the Alice E. Law Memorial Collection? Other named collections such as the John F. Bennett collection have distinctive grey binding along with the name plate. And there is one volume where he had a more creative approach to naming his score: 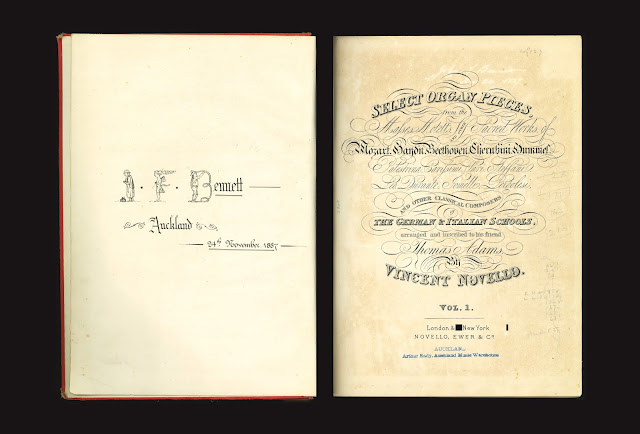 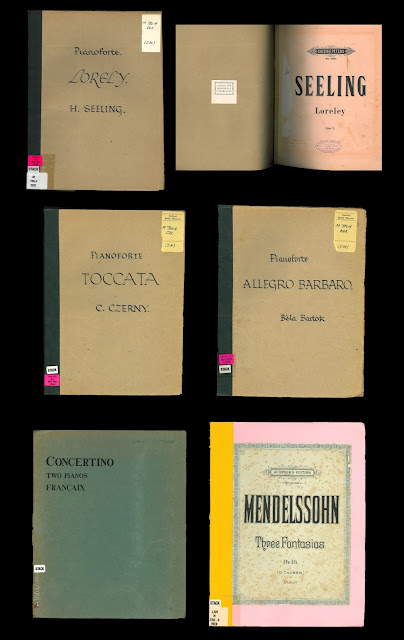 These unique named collections have recently been transferred to Heritage Collections not only because of their age but to acknowledge the significance of those who donated them to the Auckland Libraries music collection.
Alongside library-specific attributions, scope for creativity is apparent in a range of cover designs. Often serial in nature and consisting of sets (for example, by composers, collected works or volumes) this can be reflected in the design, such as with the Penguin miniature scores or Victoria University’s Wai-te-ata music press editions. 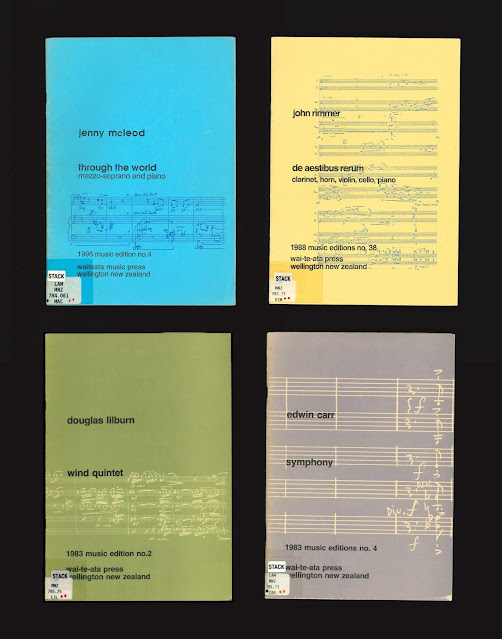 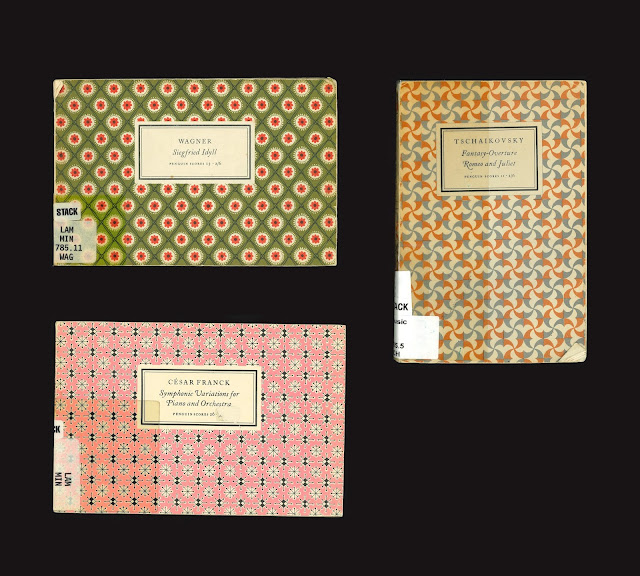 The variety of cover art and differences in the way the volumes have been marked over time has been fascinating to me. For the music to be heard, the material constraints of the score need to be navigated. After a significant amount of time spent with this wonderfully extensive collection, through the materiality I get a sense of the music; always at the ready to be seen, played, and heard.

A musical trinity: Mr Chipp, Mr Bennett and Mr Mendelssohn
The Lewis Eady legacy
References for the music scores featured in the photographs in this post

From delicate illustrations to bolder graphic illustration can be seen in scores from the 1900-1930s:

In the 1940s and 1950s a trend in hand drawn illustrations appears in these stand out covers.

Photography, abstraction, and a strong typographic style can be seen throughout score covers from the 1960s and 1970s.

Vivid colours with simple layouts mark these scores from the recent past: