By AkL - November 07, 2014
“I was astonished by the inventive beauty of the hippie architecture,” film-maker Dan Salmon said, to the New Zealand herald, after researching New Zealand’s back-to-landers for his documentary Dirty bloody hippies.

“Some of the houses, pulled together from hand-milled timber and demolition materials were absolutely mad, others were sensibly warm and cozy, with steep-pitched roofing and attic bedrooms echoing our early pioneer cottages.” 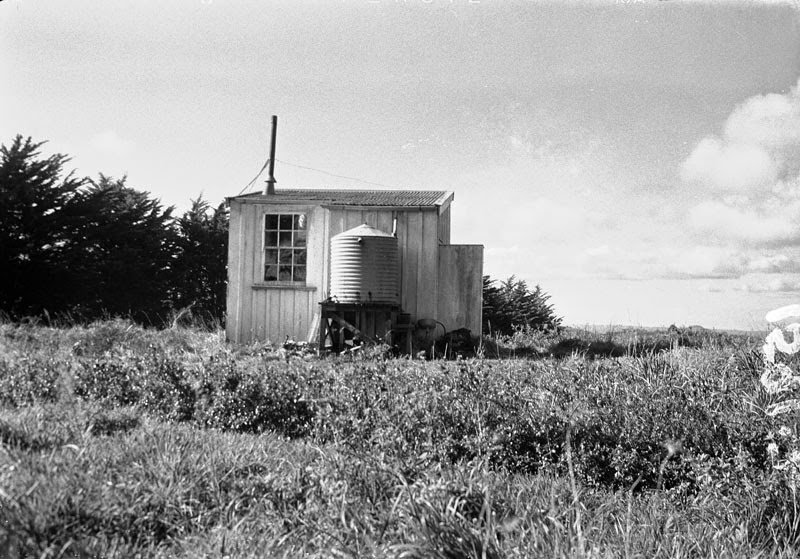 A-frames, geodesic domes and house-trucks were popular builds for young urban back-to-landers who often learnt home building skills from ‘how-to’ books like The first New Zealand whole earth catalogue - which sold 20,000 copies in 1972. This inaugural edition explained how to make a stoneware pottery kiln, a concrete culvert, and a water tank. It included a ‘Cheap Instant Buildings’ section based on The Aunt Daisy cookbook, which had advised making “cheap buildings such as hen houses from bags and sacks covered with a waterproof composition”. 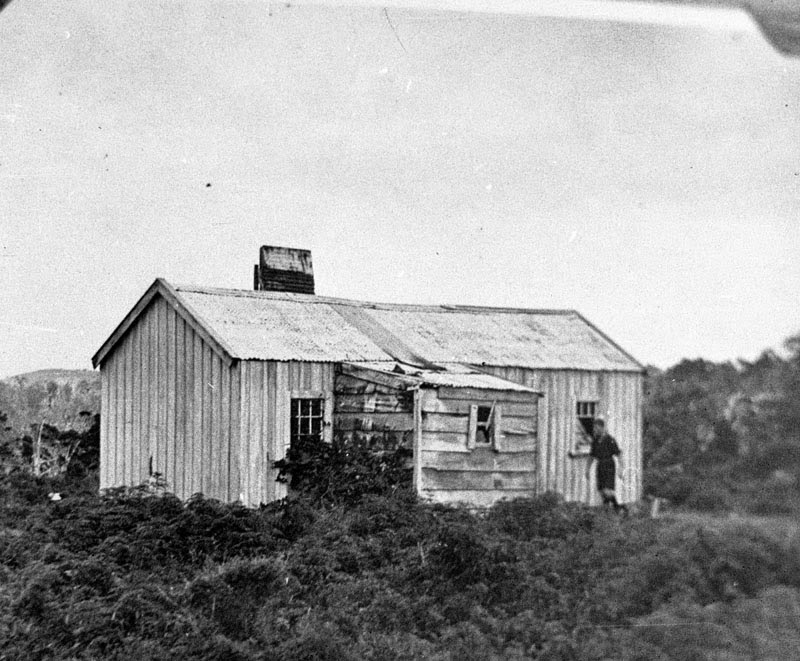 
“If you have access to demolition timber or a good supply of manuka poles, and a plentiful supply of old sacks, wool bales, canvas…” wrote the Whole earth catalogue, “you can use this method to build the shell of a habitation at almost nil cost. You will only need to buy a bag of cement at about $1.80 and 10 gallons of tar at about 25c a gallon. You’ll also need a few 4 inch nails to hold the framework together.”

Rammed earth, adobe and cob houses also featured in the ‘Shelter’ section of this edition, as well as advice on how to build a greenhouse, and how to create unconventional concrete by adding broken glass, oyster shells or cinders from industrial furnaces.

Back-to-landers and house-truckers used recycled kauri, totara and rimu that became available when large numbers of colonial farm houses were demolished in the 1970s. Windows and doors were also found at timber recyclers, and second hand traders sold wood-fired potbellies or small wood stoves with a wetback attached for cooking and heating water. 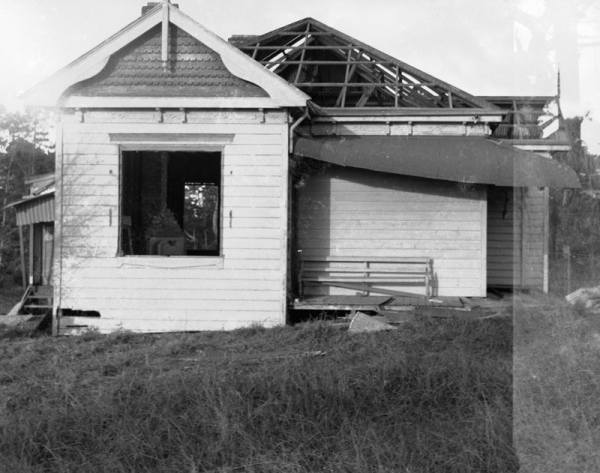 In the 1970s, the Toyota Motor company imported new vehicles from Japan in car crates made from marine grade plywood. A six-sided crate cost around $25 and it took about five to build and clad a house-truck. Graeme Cairns made a house-truck in Rotorua in 1977. He “settled on a flat-deck ex-plasterer’s lorry from Frankton [Hamilton]…I bumped into a chap who’d bought a load of car-crate plywood from Thames…Talk about cheap. Most of the timber-framed plywood packing crates from the then still-operating Toyota assembly plant were being heaped up and burned…Crazy. Still, the world’s loss was my gain and $24 later I had enough…to construct an entire shack on the back of my truck…Completed in a mere 15 days, by total novices, it was the simplest of constructions: plain gabled roof, bit out over the cab, half-a-dozen old house windows and a wee verandah out back.” (Waikato Times, 24 November 1998).

Meanwhile, hippie home-building concepts were percolating through the formal architecture community where “young designers cranked out houses in a hippy-fied neo-colonial style,” according to Andrew Barrie who wrote Auckland city in the 1970s for the New Zealand Institute of Architects’ Block Building Tours. 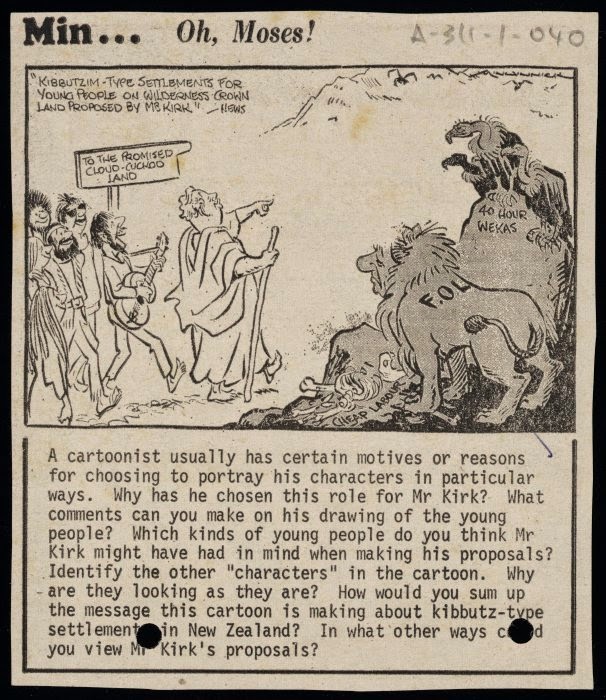 In 1974, the Labour Government established the ohu scheme for people wanting to create alternative communities in rural areas by leasing government land for a pepper-corn rental. But much of the land was scrub-covered and too remote for communities to survive.

The 2nd New Zealand whole earth catalogue described the tenacity of ohu members at Coromandel’s Sunburst Community: “They arrived in darkest August night (NZ winter), the green truck full of 11 or so adults and 3 or 4 kids, to a fiercely flooded river. Using ropes and a people-chain they somehow crossed. Next day a flying fox was rigged and supplies ferried across.” 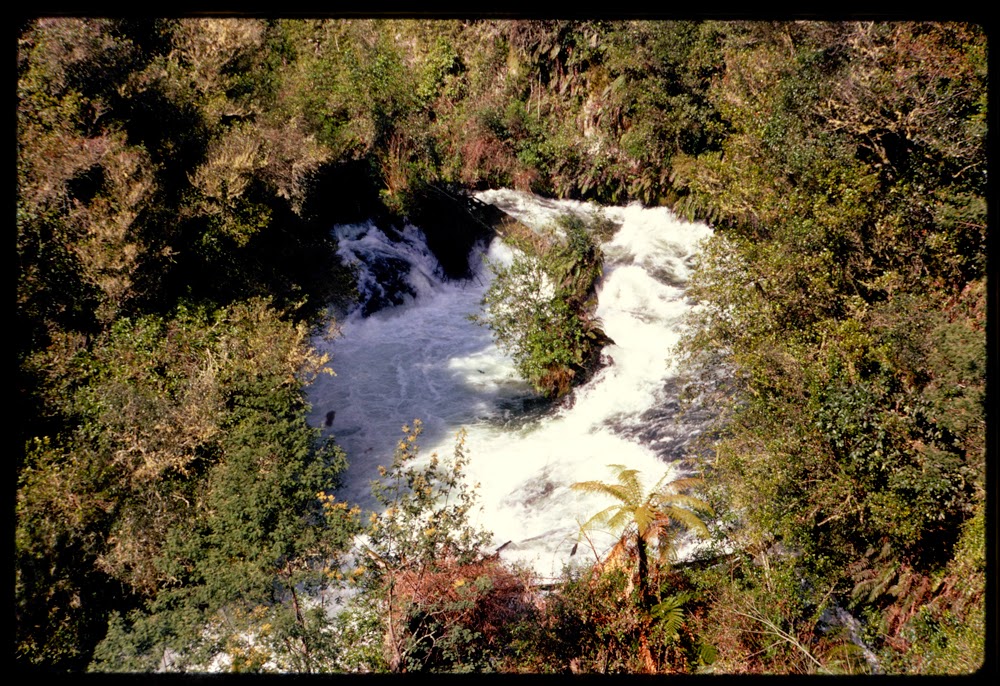 Urban back-to-landers had to learn how to build homes and fences, garden, keep bees, kill and butcher sheep, and milk cows - from books, and experimentation.

One hexagonal house-builder wrote about his design process in Mushroom magazine: “After spending a couple of months living in a canvas wagon on the land, we chose our building site…for maximum sunshine hours, minimum surface area for the NorWest winds to blow into and other geomantic ideas and vibes. The head trip ended and the practicalities started…We used a central sleeper as our main measuring point and sunk sleepers in all corners cutting them level with a chainsaw. I’ve tried using other machinery, but a skillsaw proved too freaky and we eventually ended up using only elbow grease; it was far more peaceful and enjoyable.” (Mushroom magazine, No. 12, 1978)


The hippie back-to-landers’ creative, improvised shelters and desire to have minimal environmental impact may well have laid the foundations for today’s green building movement: earthships, straw-bale houses, and passive housing.

Olive Jones, who featured in the Dirty Bloody Hippies documentary, hitched to Nelson as a teenager and helped set up an anarchist community. She skinned a horse at 18 and built her own house while pregnant. She said it was “incredibly hard physical work, but there was something intensely satisfying about it. Everything came from the land.”

For more information on housing in Aotearoa have a read of Joanne’s post on State Houses. Also, Audioculture has a great post about the Nambassa festivals. If you’d like to more information about hippie architecture see the following resources: