By AkL - February 27, 2017
There are several historic churches in Onehunga, reflecting the early European settlement of the area.

The first church services in Onehunga were held on the first Sunday (21 November 1847) after the arrival of the first contingent of the Fencibles. There was an Anglican service in the morning and a Catholic service in the afternoon.

St Peter’s Church was one of the earliest churches in Auckland, constructed in 1848. The first service was held on Saint Peter’s Day, 29 June 1848.The stone wall at the church was built in 1853, a part of which still stands. In 1857, the tower and the spire were moved to the south side of the church. As the numbers of people attending the church grew, the original wooden church was extended in the 1860s and 1870s. 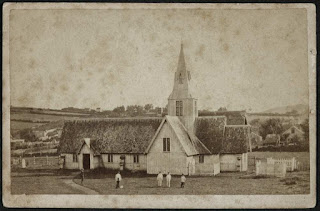 
In 1931 the wooden chancel, sanctuary and tower were demolished and replaced with a concrete rendered brick chancel and tower, while the remaining nave of the church remained in use. By the early 1970s, the original Selwyn-designed timber nave was in a poor condition and the congregation decided to build a new church wrapped around the 1931 portion. The new church was completed in time for its opening on Saint Peter’s Day, 28 June 1981. 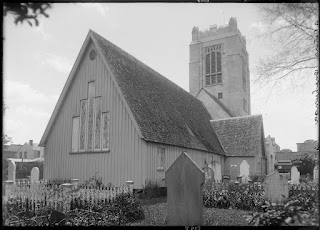 Church of the Assumption

From the 1870s, Father Paul’s furniture was seized and sold at auction several times because of his refusal to pay education taxes. It was reported that on several occasions his friends (including Sir Maurice O’Rorke, Speaker of the New Zealand Parliament) bought his possessions at auction and presented them back to Father Paul as a gift. (See New Zealand Tablet, 15 October 1875, page 12 and Zealandia, 24 November 1966, page 14.) 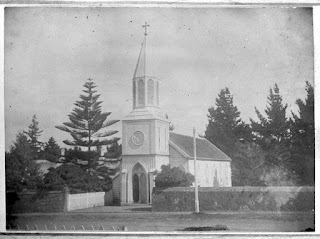 As the numbers of people attending the church grew, a larger church was needed by the mid-1800s. The new church was designed by architect Thomas Mahoney in a Gothic Revival style. Local bricklayer William Kemp started work on the church in May 1887 and it was completed in 1889. It was renamed Church of our Lady of the Assumption. A spire was added to the church in 1902/1903. The large suburban church reflected Onehunga's strong Catholic population, and the town's importance as Auckland's second port. 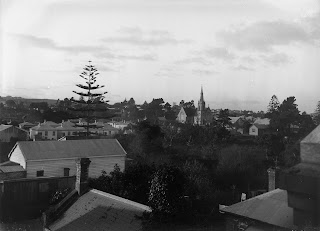 Learn more about the churches and other heritage sites in Onehunga

The Auckland Council Heritage Unit has created a heritage trail aimed at a younger audience along a walking route in Onehunga. Brochures (including activities for the kids) are available at the Onehunga Library. Additional information about the 11 sites on the trail and other heritage sites in Onehunga is available here.