By AkL - June 24, 2015
This photograph from the Auckland Weekly News Supplement (AWNS) depicts first aid being applied to an ANZAC soldier on the sloping terrain of Gaba Tepe on the Gallipoli Peninsula on 25 April, 1915. Published on 24 June 1915, one hundred years ago today, it is considered the first newspaper image of the Gallipoli campaign and is attributed to Private Robert Blackwood Steele of the Auckland Infantry Battalion. 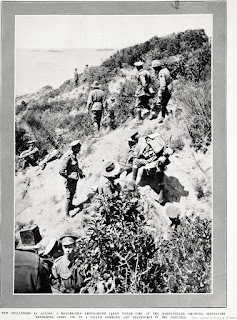 
This image circulated widely, later appearing in the Illustrated London News, where it was credited to the Star Photo Studio Cairo, and the Sydney Mail where it was credited to a Sydney Quartermaster Sergeant and the subjects of the photo were supposed to be Australian. However, from the variety of uniforms the photograph shows it most likely depicts a mix of Australians and New Zealanders. 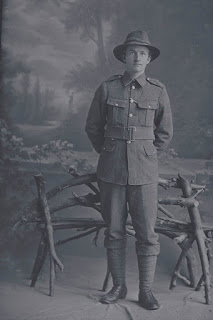 Steele himself was injured later that first day of the campaign, but continued to take photos from his perspective during his convalescence. Many of these images, as well as some that were taken before when he was stationed in Cairo, were published in the AWNS and may now be found on our Heritage Images database. 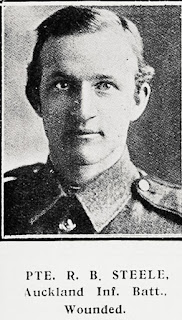 War photography had occurred since at least the Crimean War (1853-1855), but by the time of the First World War, changes in lenses and the invention of celluloid film made photography faster and more portable than ever. No longer did photographers need to transport unwieldy glass plates and chests of chemicals to war zones; compact camera equipment was accessible to the average soldier. Officially, cameras were not allowed to be taken to the front line for security reasons. In reality, cameras such as the Vest Pocket Kodak, which debuted in April 1912, were by 1914 so popular with soldiers that they were being marketed as ‘The Soldier’s Camera’.

The many photographs these soldiers took became important records of the experience of war, not least because the New Zealand government did not appoint an official war photographer until March 1917, when Henry Armytage Sanders was engaged to document the Western Front, followed by the appointment of Thomas Frederick Scales as Cinema Expert for New Zealand Units in England a few weeks later. 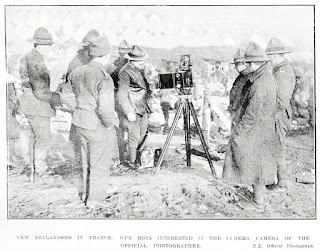 Incentives were offered for soldiers to submit their photographs for publication. In the advertisement pictured below Harrington’s of Wellington promotes their cameras by mentioning the prices that newspapers were willing to pay for soldier's photographs. 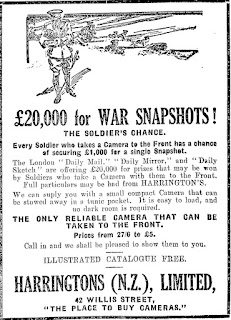 If you are a member of Auckland Libraries you can access the Illustrated London News through our Digital Library.